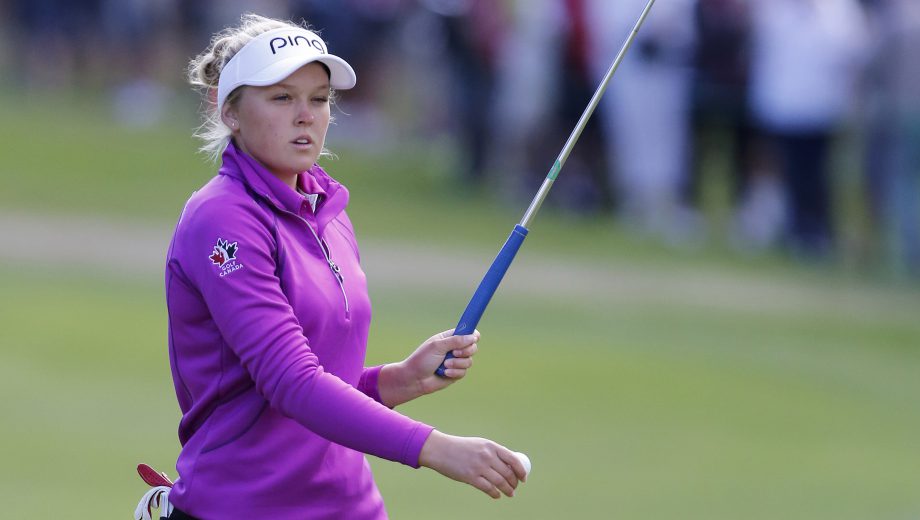 In August, at age 17, she became the third-youngest player ever to win an LPGA event when she ran away with the Cambia Portland Classic by eight shots, setting a tournament scoring record at 21 under par. Two days later she was granted her LPGA Tour card for the remainder of 2015 and all of 2016.

This season she also posted T5’s at both the U.S. Women’s Open and the KPMG Women’s PGA Championship. Henderson has been a budding star since 2012 when, at age 14, she became the youngest person ever to win a professional tour event when she won on the Canadian Women’s Tour.

“From a very young age, Brooke has demonstrated that rare combination of being talented and mature beyond her years, and she puts in the hard work that it takes to succeed,” Solheim said. “She won many prestigious amateur titles, at 17 was the world’s #1-ranked amateur, and her breakthrough win on the LPGA shows she belongs at the highest level in women’s golf. We couldn’t be more excited to be affiliated with her and support her every step of the way.”

Among the PING technology in her bag, Henderson relies on a G30 driver, fairway wood and hybrid, and Glide wedges. As part of a multi-year agreement, she will display PING logos on her hat, carry a PING staff bag and play 14 PING clubs. Financial terms and the length of the agreement with the Team Canada Young Pro Squad member were not disclosed.