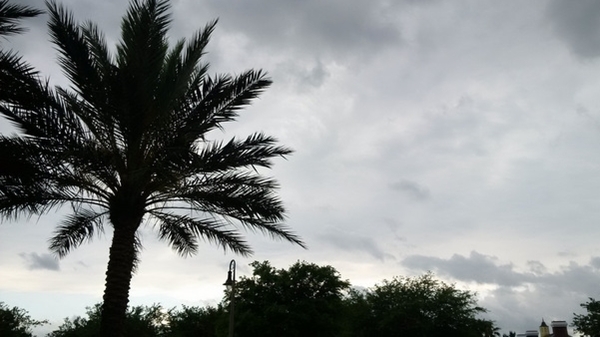 REUNION, Fla. – With thunderstorms and heavy rainfall rolling through central Florida, round one of PGA Tour Canada’s Florida Qualifying Tournament was suspended for the remainder of the day on Tuesday and will resume Wednesday morning at 9 a.m. local time.

Play was initially suspended due to a dangerous weather situation at 1:33 p.m., and called for the rest of the day at 4 p.m. Just 23 players completed round one before play was suspended, with 10 groups left to tee off.

Tee times for round two will be announced later on Wednesday.

Before play was suspended, Baddeck, N.S.’s Peter Campbell battled through tough conditions to post a 1-under 71, the best score in the clubhouse of all 23 players to complete 18 holes on the Jack Nicklaus Signature Course at Reunion Resort.

“I hit it pretty well for the most part. The winds were pretty strong out there,” said Campbell, who carded four birdies and three bogeys. “It made a tough course even tougher.”

The 31-year old was the medalist at one of the NEC Series – PGA Tour Latinoamérica’s Qualifying Tournaments earlier this year, and is coming off a runner up finish at the Mundo Maya Open, a career-best on that Tour.

“You always like to get in contention and give yourself a chance to get win. I was right there on the back nine and just made a couple of mistakes coming in,” said Campbell. “I’m pretty happy and looking to build on it this week.”

The Cape Breton Islander made three cuts in nine starts on PGA Tour Canada in 2013, with a season-best tie for 21st finish at the Cape Breton Celtic Classic presented by PC Financial.