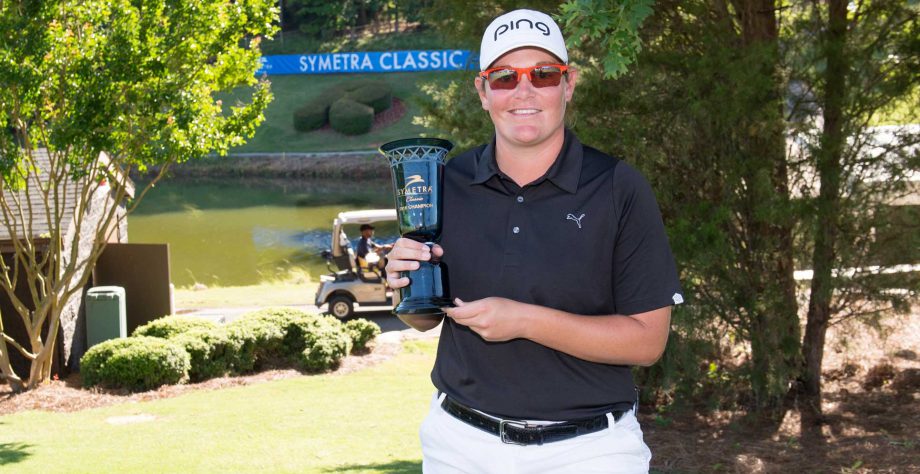 “I feel like I’ve been playing some good golf this year and putting myself up there, and kind of tanking, to be honest, on the last day,” Popson said.“

“I’ve been struggling for a long time,” Popson said. “To have something like this is, it’s unreal and definitely a big confidence-booster going forward.”

She birdied Nos. 3 and 6, bogeyed No. 9 and made seven straight pars before the birdie on 17.

“I hit a couple of bad wedges,” Popson said. “I chunked one on 9 and then I chunked another one on 10, both with wedges. I just kept telling myself, ‘Let’s write the good story this week and see what happens.’ I just come out with no expectations today. ‘Play the best I can and worry about me and see what happens.’ And it turned out pretty good.”

A day after shooting a tournament-record 65, Dye birdied two of the last three holes for a 76. She birdied the par-5 fourth to reach 11 under, then played the next 11 holes in 7 over with two double bogeys and three bogeys.