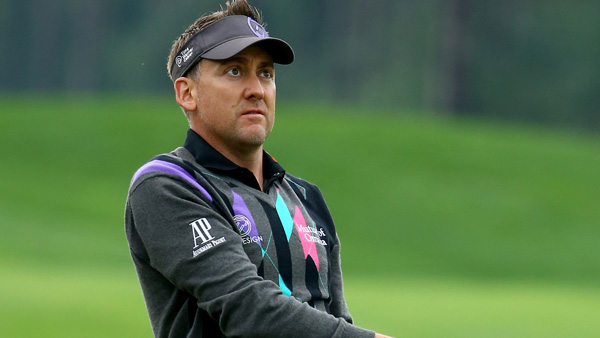 BELEK, Turkey — Ian Poulter squandered a six-shot lead Saturday to trail Wade Ormsby of Australia by one stroke ahead of the final round at the Turkish Airlines Open.

Ormsby eagled his ninth hole and finished with a third-round 68 for a 12-under 204 total on the Montgomerie Maxx Royal course.

Poulter shot 75, nine strokes more than his second-round 66 which he completed earlier Saturday in the storm-disrupted event. The Englishman started the third round six shots clear of five players, including Ormsby.

After a bogey to start his third round Poulter continued to struggle before a double bogey at the par four 15th when his wedge shot hit a tree.

“I wasn’t aggressive enough this afternoon and I just made mistakes, and notably on 15,” said Poulter. “That was a real lack of judgment there that led to a double bogey, which was a real shame. I’ve now brought a lot of players back into the fray. Their dinner is going to taste lovely tonight and mine is going to taste horrible.”

The 34-year-old Ormsby, ranked 240th in the world, is one round away from nearly doubling the prize money he’s earned on the European Tour since making his debut in 2004. Victory would also mean a first appearance in the season-finale DP World Tour Championship in Dubai.

“I was due to fly to Melbourne next week and play in the Australian Masters but then I would be delighted to change my flight to Dubai,” Ormsby said.

Siem birdied four of his last eight holes as the German seeks victory just a fortnight after capturing the BMW Masters in Shanghai.

If he wins this tournament, Siem could potentially still deny Rory McIlroy the Race to Dubai crown.

“The Race to Dubai looks like it is becoming more interesting now for everybody and for sure I’ll give it a shot tomorrow,” said Siem. “That’s what we are out here for.”

And John Daly hasn’t ruled out his chances in Turkey after adding a 67 to move to a share of eighth place on 8-under 208.

“It would be a nice way to round off my last event of the year but then I’ve got to hit more fairways tomorrow,” the American said. “I’m only four shots behind and you can make up that deficit in a few holes out here.”