Poulter out 4-weeks with foot injury 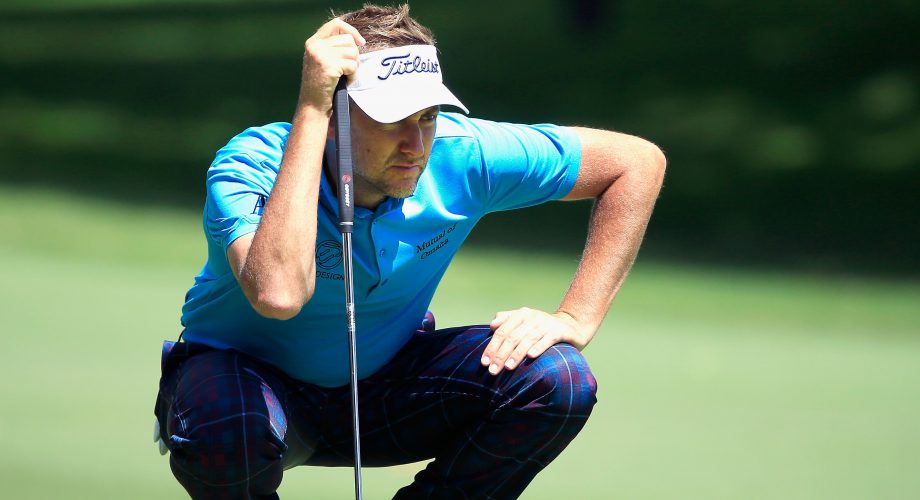 DUBLIN, Ohio – Ian Poulter will be out of golf for the next four months with a foot injury, a big setback for the fiery Englishman in a Ryder Cup year.

Poulter has been dealing with an arthritic join in his right foot for more than two years, and it has reached the point where it is painful to walk and practice. He missed the last two cuts on the PGA Tour in Texas and has fallen to No. 85 in the world, his lowest ranking since 2003.

“I am obviously disappointed to be in this situation, especially during a Ryder Cup year,” Poulter said. “Right now, rest and rehab take priority in me returning to full strength later this season. I look forward to resuming a full schedule as soon as I am able.”

Poulter was far down the Ryder Cup standings, in European Tour money and world ranking points, though his record in the Ryder Cup would have been difficult to ignore if he had found some form in the coming months.

He has been a catalyst for Europe, notably when he sparked the greatest comeback by a visiting team at Medinah in 2012. Poulter birdied his last five holes in the final fourballs match to turn a loss into a point, and he closed an undefeated week with a singles victory as Europe rallied from a 10-6 deficit to win.

Poulter has a 12-4-2 record in five appearances. He would be an ideal candidate as a vice captain. Darren Clarke last week selected Thomas Bjorn, Padraig Harrington and Paul Lawrie as three of his five assistants.

Poulter’s doctor, Ara Suppiah, said the arthritic joint has worsened over the last year, and Poulter was able to keep playing after several cortisone shots. Suppiah said further shots would risk thinning the bones and leading to stress fractures, which might require significant time away from golf.

“We feel that the best option at this stage is to take some time off to allow complete recovery and rehabilitation of his foot,” Suppiah said. “This will give him the best chance of returning to the game sooner and preventing further deterioration of the affected joint.”

Poulter would receive a major medical extension on the PGA Tour for the 2015-16 season if he doesn’t play the rest of the year. He remains exempt on the European Tour based on his No. 7 standing on the career money list.