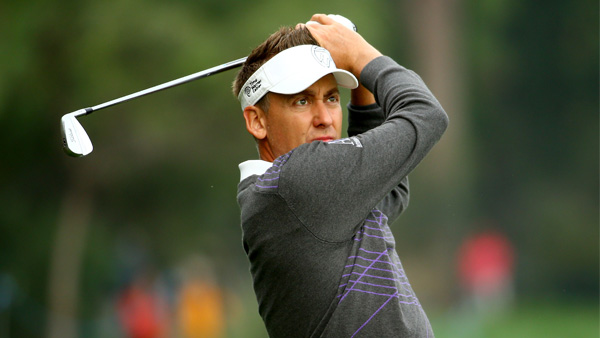 BELEK, Turkey — Ian Poulter picked up five shots through 14 holes of the second round to move into the lead of the Turkish Airlines Open before play was halted Friday because of the weather.

The Englishman holed a 40-foot putt for birdie on the 11th hole to take the lead in the third of the European Tour’s Final Four Series. Poulter is at 13 under, three ahead of Brendon De Jonge.

“In the time we were out there before the stoppage I played nicely and continued to hole some good putts,” Poulter said. “With the wind starting to blow really hard it was getting on near impossible out there, so it was the right decision to halt play.”

Play at the Montgomerie Maxx Royal course was stopped just after noon and was abandoned for the day at 2:30 p.m. with the continuing threat of thunderstorms.

On the course, defending champion Victor Dubuisson had to have medical treatment for a nose bleed believed to have been brought on by allergies.

“It’s not good and I didn’t feel well at all,” said the Frenchman, who was a rookie on this year’s winning Ryder Cup team.

Dubuisson shot a 77 in the first round and had six birdies and three bogeys on Friday to move to 2 over after 13 holes.

Miguel Angel Jimenez, the leader after the first round, dropped two shots through 14 holes to fall back into a share for fifth at 8 under.