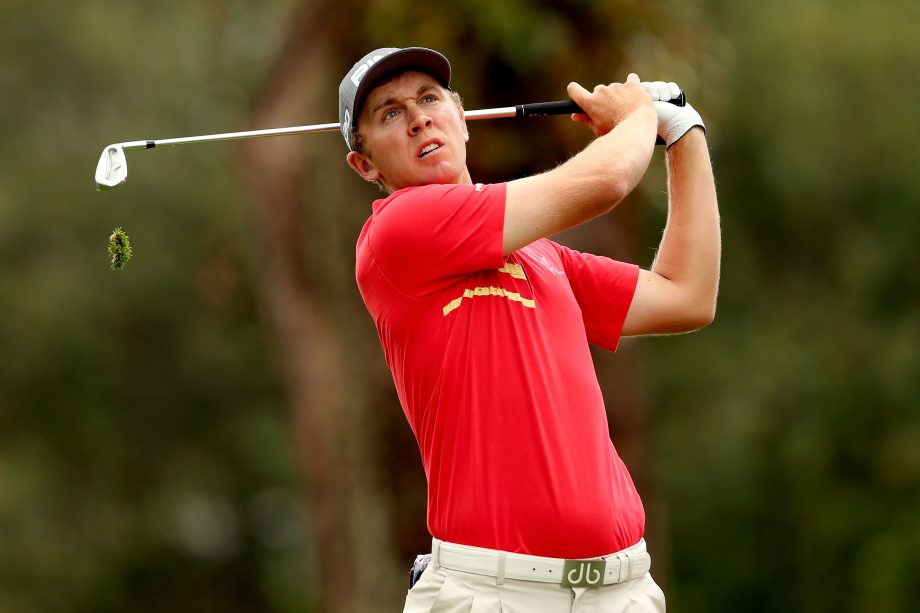 WICHITA, Kansas – Ireland’s Seamus Power posted a 7-under 63 and leads an international leaderboard after the opening round of the Air Capital Classic presented by AETNA, one of four Web.com Tour events that have been part of the schedule since the Tour’s inception in 1990.

Si Woo Kim of Korea, Texan Matt Weibring and Australian Adam Crawford are at 5-under 65 and tied for sixth place. Another 13 players are knotted at 4-under 66 and share ninth place.

“It’s a nice start, but that’s all it is – a nice start,” said Power, who entered the week No. 68 on the Tour money list after 12 of 21 Regular Season events. “This is a good test. You don’t get away with things. If you miss a shot, that wind is going to put you in spots you don’t want to be in. You’ve got to make sure you’re hitting it solid.”

Power got off to just such a start thanks to a new driver in the bag. Same make, different model.

“I was a little off in the practice rounds. It was drifting right on me,” he said. “This one is slightly short with a different shaft. It’s similar to the one I had.”

A big knock on the 339-yard, par-4 11th hole, his second of the day, had Power near the green. A quick chip-in for eagle got him off and running on a windy day that saw temperatures reach into the upper 90s.

“You have plenty of chances out here but you have to limit your mistakes,” said the leader. “You have to drive it in the fairway, even if you have to hit iron off the tee.”

Norlander was just lucky to get to the tee. The former Augusta State standout figured he was right on time for a 7:40 a.m. start and was heading to the chipping green when a nearby official told him he had one minute to get to the tee for a 7:30 start.

Norlander settled his nerves, hit two good shots and made par at No. 10, and followed up with a birdie at No. 11.

Norlander, like many in the field, played for position off the tees instead of worrying about busting drivers into the heavy rough and the trees that line every fairway.

“I like it when we put a premium on hitting it straight,” he said. “It’s not the longest course and if there was no rough you could hit driver and flip wedges everywhere. The wind is what makes it tough. Even when you’ve got two-footers in the gusty wind, you’ve still got to pay attention.”