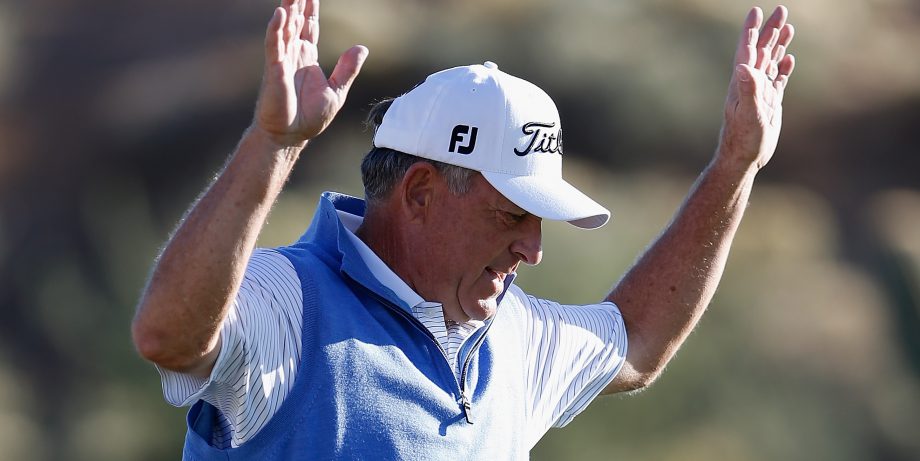 INCHEON, South Korea – The battle at the Presidents Cup began Tuesday even before the first match.

U.S. captain Jay Haas still doesn’t understand why the number of matches was reduced from 34 to 30 for this year’s event, meaning he has to sit eight players over three days of team matches.

“You look at our lineup, and it’s hard to sit guys,” Haas said.

He has another powerful squad at the Jack Nicklaus Golf Club Korea with his son, Bill, having the worst world ranking at No. 29. That’s still higher than seven players on the International team.

International captain Nick Price remains disappointed that PGA Tour commissioner Tim Finchem only reduced the number of matches to 30. He said his players lobbied strongly this summer to make it 28 matches, just as it is at the Ryder Cup and the Solheim Cup.

“The Presidents Cup should be on an apples-to-apples basis,” Price said. “We seem to think looking at the past that the most excitement there is in an event is when you have a 28-point format. I think the Solheim Cup showed that two weeks ago. So that’s something that I think the guys who are going to play … will continue to push for that.”

Americans have believed for years that fewer matches allow a weaker team to hide players. They used to say that about the Ryder Cup, which for years was close even when it appeared the Americans had the stronger team.

Price said fewer matches allowed for more strategy in team play, and it kept the competition from getting out of hand.

He could easily have been speaking of his own experience in the Presidents Cup, because it hasn’t been close for a decade. Ever since a tie in South Africa in 2003, the Americans not only have won the last five times, they have won by an average score of 19-15.

Going back to the inaugural event in 1994, only once has the International team won. That was in Australia in 1998, which was played two weeks before Christmas.

“I think we’ve seen in the past that the Presidents Cup needs more excitement,” Price said. “It needs to be more closely contested. Certainly most of us on the International team feel that hasn’t been the case the last five or six Presidents Cups.”

It could use some tension in the final hour Sunday, so maybe this argument will spark even a smidgen of acrimony.

The Presidents Cup begins Thursday with five matches of foursomes (alternate shot), meaning two players from each team won’t compete on the opening day. Five matches of fourballs (better ball) follow on Friday, with two more players having to sit.

Previously, everyone played on Thursday and Friday, and only two players sat out the morning and afternoon sessions on Saturday.

“There’s a lot more strategy involved when you have to sit guys out,” Price said. “And some people think that you’re hiding the weakest players, but in actual fact, what you’re doing is putting your strongest team forward. It’s a glass half-full or glass half-empty, depends which way you look at it.”

All Haas sees are 12 players who flew halfway around the world and will have to sit out a match or two. The new rule requires everyone play at least three times by the end of the week.

“I didn’t look at it as playing your strong players more,” Haas said. “I guess the U.S. team over the years at the Ryder Cup it was, ‘Oh, they’re hiding players.’ That’s maybe sour grapes. It will be harder because all 12 used to play Thursday and Friday, and now we sit two. If teams lose, who do you sit? Before, you just go out there and do it.

“We’ll see,” Haas added. “We’re having … not issues or anything like that, but more thought involved to do it the right way. We’re trying not to screw it up.”

The Americans only have one player – Chris Kirk – who has never competed in a Presidents Cup or Ryder Cup. The International side has five rookies, which might not be the worst thing for Price. A year ago, the U.S. sailed to an 18 1/2-15 1/2 victory at Muirfield Village.

“Some of the veterans who have played in numerous Presidents Cups, they have had a tough time in the past I think, certainly at Muirfield, getting them motivated, because it’s been a bit one-sided,” Price said. “So I think with the points changed now, I think the guys are looking forward to this a lot more than any of the previous two or three.”