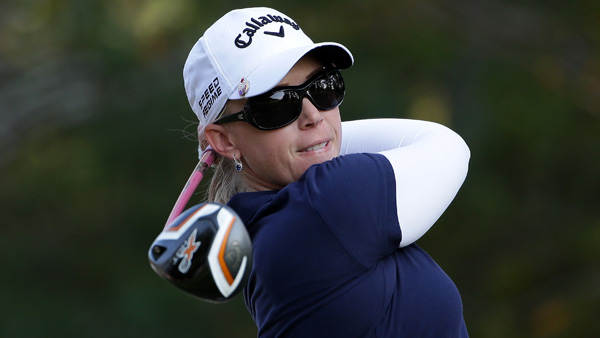 SHIMA, Japan — Morgan Pressel shot a 5-under 67 Friday to lead the Mizuno Classic by one stroke after the first round.

Pressel, who hasn’t won on the LPGA Tour since 2008, had five birdies at the Kintetsu Kashikojima Country Club.

“It was tough out there with the winds. Especially early, some of those holes played really tough,” Pressel said. “I didn’t get myself in a lot of trouble and when I did I made a good putt for par. I definitely putted well today and I think that’s why I ended up at 5 under.”

Laura Davies of Britain and Chella Choi of South Korea were in second spot at 4 under.

Kotono Kozuma of Japan was a stroke further back after a 69 and in a four-way tie with South Koreans Ilhee Lee and Mi Hyang Lee and Pornanong Phatlam of Thailand.

Stacy Lewis of the United States, who won here in 2012, shot a 70 and was in a group of eight players that included Karie Webb of Australia and Sakura Yokomine of Japan.

Lewis, second in the Rolex rankings behind Inbee Park of South Korea, offset bogeys on Nos. 9 and 14 with four birdies.

Park is taking a week off before resuming play next week in Mexico at the Lorena Ochoa Invitational.

Defending champion Teresa Lu of Taiwan struggled with her game and opened with a 73. Jiyai Shin of South Korea, who won here in 2010 and 2008, had a 71.