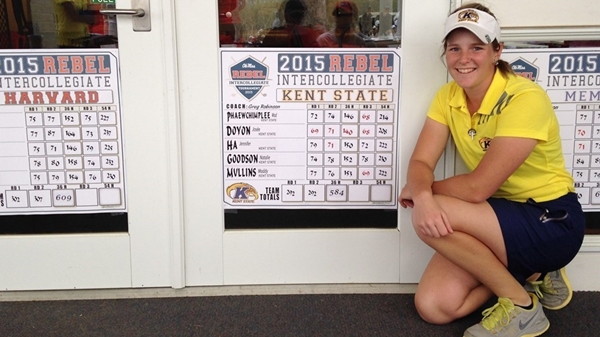 The 21-year-old Doyon finished at 8-under par (69-71-68) for a comfortable five-stroke cushion over runner-up Marijosse Navarro of Texas A&M. Doyon’s performance lifted the Kent State Golden Flashes to a collective runner-up finish. Team Canada’s Jennifer Ha of Calgary pitched in with a T25 finish at 6-over par for the tournament.

Team Canada’s Amateur Squad member Maddie Szeryk was also in action, finishing T3 at 2-under par (71-72-71) to help lift Texas A&M to a first place team finish. This marks the sixth time Szeryk has placed inside the top-five in her freshman season.

The Golden Flashes will head to Columbus next to compete in the Lady Buckeye Invitational from Apr. 18–19 while Szeryk and the Aggies will prepare to tee-it-up at the SEC Championship from Apr. 17–19.