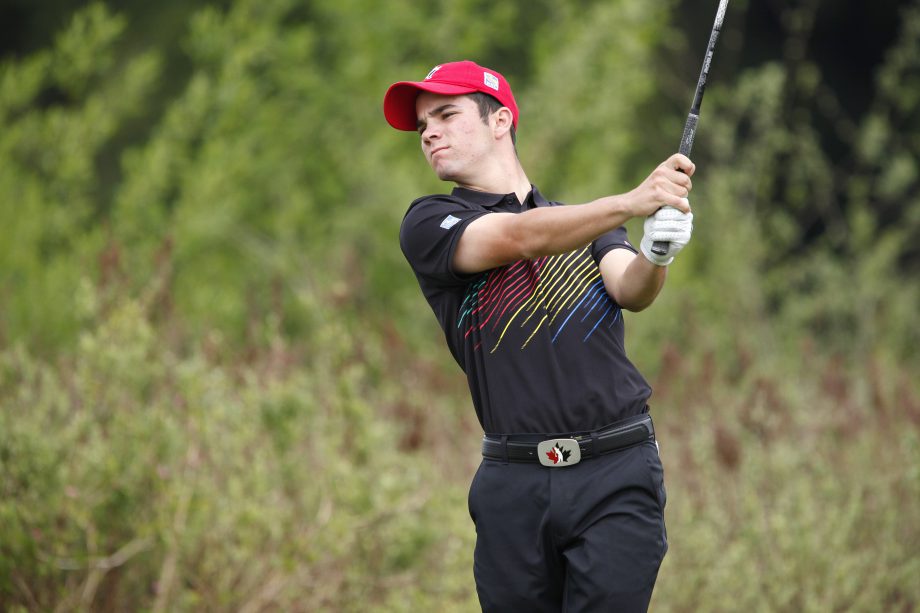 Vaudreuil-Dorion, Que. – The 77th playing of the Canadian Junior Boys Championship will be hosted by Summerlea Golf & Country Club in Vaudreuil-Dorion, Que., from August 2-6. The field vying for the national title will include members of Team Canada’s National Development Squad, provincial junior champions and top finishers in the 2015 CN Future Links Championship series.

In 2014, Austin James of Bath, Ont., captured the Canadian Junior Boys title at Legends on the Niagara in Niagara Falls, Ont., before entering his sophomore year at Charleston Southern University. This year, 156 juniors will compete at Summerlea in hopes of having their names added to the tournament’s long list of celebrated champions.

“With a field of highly talented juniors ready to take on Summerlea Golf & Country Club, the 77th edition of Canadian Junior Boys Championship will prove to be an exciting competiton,” said Tournament Director Justine Decock. “Summerlea is a big supporter of junior golf and Golf Canada is proud to host Canada’s best at its facility. The course is in excellent condition and we look forward to the championship.”

Summerlea Golf & Country Club is located half an hour from Montreal, Que., in Vaudreuil-Dorion. Summerlea – a family-oriented club dedicated to the development of golf at all levels – has a long history of hosting professional and amateur championships, including the 2002 Canadian Pacific Women’s Open, the 1966 Canadian Men’s Amateur, as well as, the 1996 Canadian Men’s and the 2001 Women’s Senior Championships.

From August 2-6, Summerlea Golf & Country Club will host the Junior Boys field on its scenic Dorion course that runs through valleys, testing competitors with uneven lies and undulating greens.

Headlining the field will be the members of Team Canada’s Development Squad. Étienne Papineau finished tied for tenth at the Toyota Junior Golf World Cup and claimed the 2015 edition of the Alexander of Tunis championship, one leg of Golf Québec’s prestigious Triple Crown. Joining the St-Jean-sur-Richelieu, Que., native will be Trevor Ranton of Waterloo, Ont., who has experienced success this season, capturing the Ontario Junior Boys Championship, as well as the CN Future Links Pacific Championship title.

The provincial junior champions will travel to Quebec in hopes of translating their success onto the national stage. The champions from the west include Jake Scarrow of Dewdney, B.C., Andrew Harrison of Camrose, Alta., Cory Selander of Prince Albert, Sask., and Wesley Hoydalo of Selkirk, Man. Traveling from the eastern provinces will be Blair Bursey of Gander, Nfld., Corey McMinniman of Fredericton, N.B., Matthew Chandler of Chester, N.S., and Ryan Legault of Charlottetown, P.E.I., who topped the Prince Edward Island Junior Order of Merit.

The Canadian Junior Boys Championship is open to male amateur golfers who have not reached their 19th birthday by August 1st, 2015; the Juvenile Boys competition is for those not yet 17. Team Alberta will defend its inter-provincial team title at the tournament. The winner of the Canadian Junior Boys Championship will receive an exemption into the 2015 Canadian Men’s Amateur Championship to be hosted by Weston Golf & Country Club and The Lambton Golf & Country Club from August 8-13.

Following a practice round on August 2, the championship’s 72-holes of stroke play competition will commence on August 3. Following 36 holes, the field will be reduced to the low 70 players and ties. Ties for the Junior and Juvenile championship titles will be decided by a hole-by-hole playoff.

For more information on the 2015 Canadian Junior Boys Championship, including a full list of competitors and pairings, please click here.