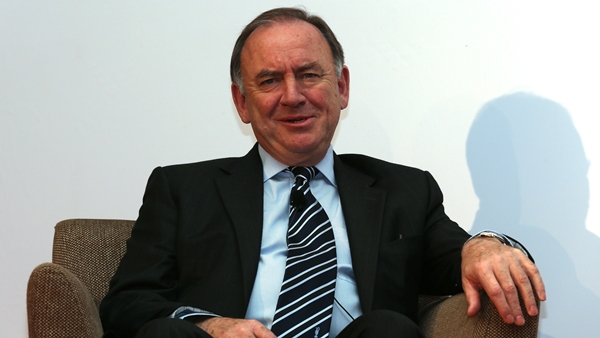 PONTE VEDRA BEACH, Fla. – The Royal & Ancient Golf Club could make history even before its historic vote in September to have female members.

R&A secretary Peter Dawson said the club is deciding whether to allow members to vote by proxy, something he said has never been done in club history. Club rules require members to be present to vote.

“The jury is still out on that,” Dawson said in a telephone interview last week during the R&A’s spring meeting. “The rules of the club only allow a vote to be taken at the business meeting of those present. There is a view in the club, and quite a strong one, that postal voting should be allowed.”

Dawson announced last month that the R&A would vote Sept. 18 to allow female members for the first time in its 260-year history.

The R&A Golf Club has about 2,400 members around the world.

Dawson is hopeful the vote will be favourable toward allowing women to join. There has been speculation that he had a strong sense how the members were leaning when he publicly announced that it was on the ballot, though he has said all along that’s not the case.

“It’s been written up that it will happen,” said Dawson, who is retiring in September 2015. “We’re never sure of the outcome. I don’t think that’s the case at all. I think it’s the right thing, and I hope that R&A members do what’s right for golf.”

Because attendance is required to vote, a proxy vote might include those who are in favour of change but are disinclined or unable to travel to St. Andrews in September. Several golf administrators are R&A members. The vote falls between the end of the FedEx Cup and the week of the Ryder Cup.

The R&A said Monday in a statement that “members from around the world have expressed the desire to be part of this September’s historic vote.” It said the general committee is investigating a change to club rules that would allow voting by mail on “particularly important issues such as this one so that every member can have the opportunity to be involved.”

It’s an important vote for the image of the R&A, particularly coming just two years after Augusta National allowed female members for the first time in its 80-year history. There are differences. Augusta National is a private golf club. The Royal & Ancient is based in St. Andrews, though the Old Course and other links run by the St. Andrews Links Trust are open to the public.

The R&A Golf Club is separate from “The R&A,” a business arm created 10 years ago to handle the Rules of Golf, organize the British Open and operate other business affairs. The R&A has female employees. Its committee and board, however, are populated by Royal & Ancient Golf Club members. Thus, there are no women in leadership roles for governing the game or running a major championship.

Dawson is secretary of the R&A Golf Club and chief executive of the R&A. He said he expected a decision on the voting procedure “fairly soon.”

“It would be very easy to say that would be the democratic thing to do,” Dawson said of a proxy vote. “There are cons to it. One can say that affairs are to be settled locally, not at the bar of one’s club. It’s a balance of what’s right or wrong. All the legislation in the UK – and maybe it’s the case in the U.S. – laws are passed by those who turn up at Parliament. There has not been a proxy.”