R&A and USGA release clarifications to Rule 10.2b 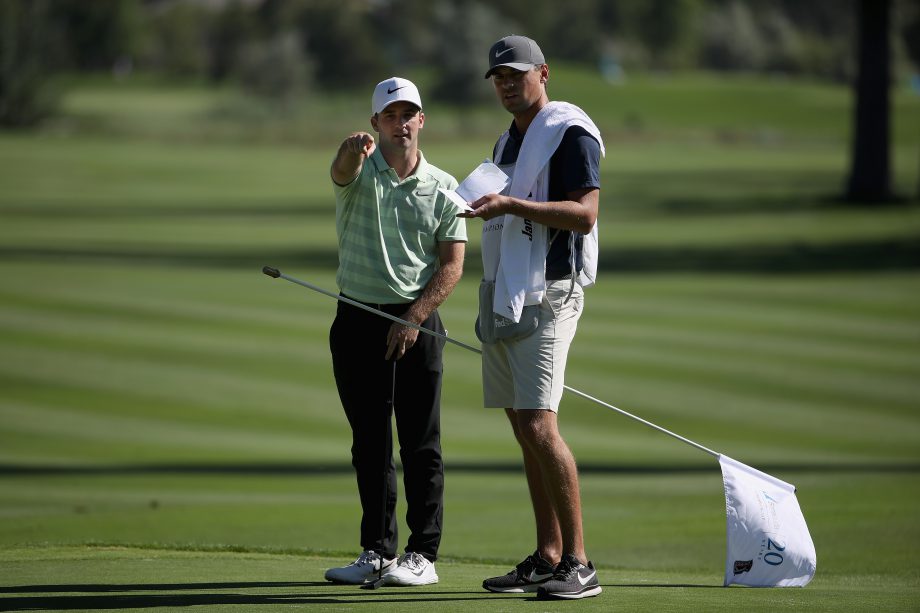 The R&A and the USGA have provided two clarifications to Rule 10.2b(4) regarding restrictions on caddies standing behind players which take immediate effect.

The purpose of Rule 10.2 is to reinforce the fundamental challenge of making a stroke and to limit the advice and other help a player may receive during a round.

Rule 10.2b(4) ensures that aiming at the intended target is a challenge that the player must overcome alone. It states:

“When a player begins taking a stance for the stroke and until the stroke is made, the player’s caddie must not deliberately stand in a location on or close to the player’s line of play behind the ball for any reason. If the player takes a stance in breach of this Rule, he or she cannot avoid penalty by backing away.

Exception – Ball on Putting Green: When the player’s ball is on the putting green, there is no penalty under this Rule if the player backs away from the stance and does not begin to take the stance again until after the caddie has moved out of that location.”

The two clarifications provided today can be summarized as follows:

The complete language to the two major clarifications can be found by clicking here.

These clarifications confirm the recent rulings given in relation to Rule 10.2b(4).

Clarifications provide additional guidance on a Rule based on the circumstances that may arise in applying it. They are part of an ongoing list provided to players and referees.

“These clarifications are designed to improve the operation of the Rule and give the players more opportunity to avoid a breach while remaining true to the purpose of the Rule,” said David Rickman, Executive Director – Governance at The R&A. “We appreciate that this requires some players and caddies to make an adjustment but we believe there is widespread acceptance that it is for the player alone to line up a shot.”

“Experience has taught us that introducing a new Rule requires us to balance patience with a willingness to act quickly when necessary,” said Thomas Pagel, USGA senior managing director of governance. “With so many pivotal changes to the Rules this year, we’ve committed to offering any assistance needed in making the Rules easier to understand and apply, without taking away the inherent challenge of playing the game. We appreciate that everyone involved in drafting these clarifications worked together with this same goal in mind.”

A spirit of collaboration has been central to the initiative to modernise golf’s Rules since it began in 2012 and The R&A and the USGA consulted with various entities in the game, including the LPGA Tour, the European Tour and the PGA TOUR, to ensure an appropriate level of guidance has been given through these clarifications.

A full list of clarifications to golf’s new Rules can be found on www.randa.org and will be incorporated into The R&A’s and USGA’s respective Rules of Golf apps later this year.

Golf’s new Rules were finalized in March 2018, following a worldwide comment period and testing.  Educational materials can be found at www.randa.org.