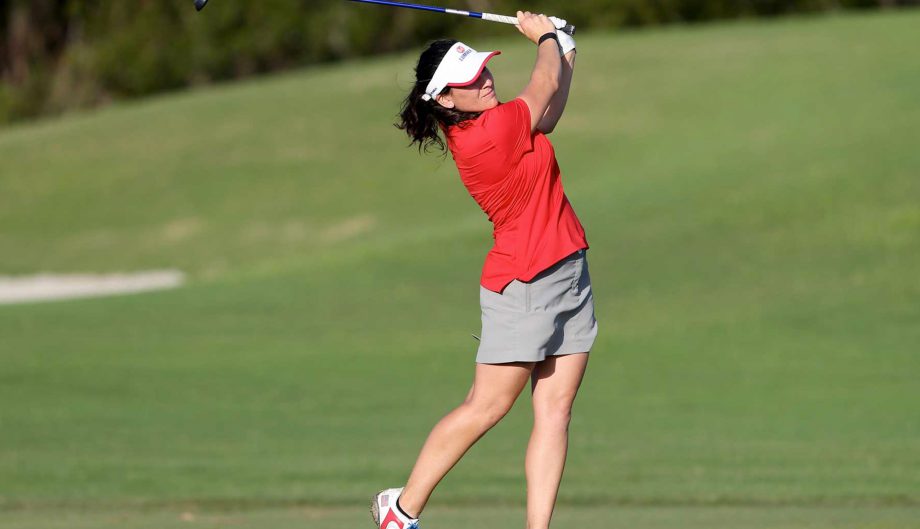 Rachel Rohanna is the clubhouse leader midway through the second round of the Symetra Tour Championship in Daytona Beach, Fla. Second round play was suspended due to darkness at 6:47 p.m. with 21 groups left on the course.

Rohanna shot a 65 in the second round to take a three-shot lead over Emma Talley and Kendall Dye, who followed up an opening-round 70 with a second-round 68. Talley only completed four holes in her second round before play was called.

Rohanna was six under on the front nine in the second round, including an eagle on the par-5 ninth. Similar to her first round, she was extremely accurate off the tee and was error-free around the greens.

“I was hitting the ball really well,” said Rohanna. “I was just trying to smile. We played 30 holes today, so you get a little bit tired out there.”

The players in the morning wave completed their first rounds and then went back out on the course to begin the second round.

“I think it’s harder whenever you’re on and off the course, kind of how the morning wave had to do it the first day,” she added. “Luckily for me I kind of was able to watch the forecast and get the updates at home, know I can stay in my pajamas or go to Starbucks for a little bit.”

The Symetra Tour Championship was shortened to a 54-hole event after the lingering effects of Hurricane Irma and 6-1/2 inches of additional rain rendered the course unplayable until Friday afternoon.

Second round play will resume Sunday at 10:00 a.m.

Volvik Race for the Card Update:

The top 10 on the Volvik Race for the Card money list at the conclusion of the Symetra Tour Championship will earn LPGA Tour membership for the 2018 season.

Liu (8), Talley (10), Boutier (2), and Benyapa Niphatsophon (1) each finished the opening round in the top 10 on the leaderboard for the Symetra Tour Championship. Lindsay Weaver (6) Katelyn Dambaugh (9) were the only top 10 players projected to miss the cut after the first round.