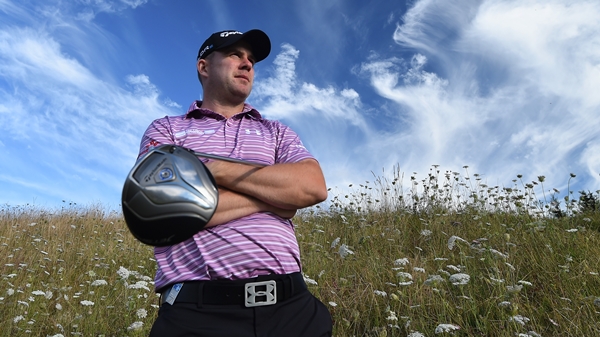 CRANS-MONTANA, Switzerland – Richie Ramsay shot a 4-under 66 Friday to lead Ryder Cup rookie Jamie Donaldson by one stroke in the second round of the European Masters.

The 2012 champion from Scotland had a 12-under total of 128 after starting in morning rain on the 6,848-yard (6,262-meter) Severiano Ballesteros course in the Swiss Alps.

Donaldson had seven birdies and a bogey in his afternoon 64, putting the 38-year-old Welshman in good position to follow up his win at the Czech Masters two weeks ago.

American Brooks Koepka shot a second straight 65 and was joined on 10 under by Graeme Storm of England.

Another American, David Lipsky, had a 64 to sit a further shot back.

Victor Dubuisson of France, the other Ryder Cup debutant in the lineup, carded a 67 to head a group of players on 8 under.

Edoardo Molinari of Italy, who shared the overnight lead with Ramsay, only managed a 70 to join Dubuisson and three others, including Scot Marc Warren whose 63 was the lowest score of the day despite a pair of bogeys early in his round.

Bjorn, the European Masters champion in 2011 and last year, carded a 72 after his 66 Thursday.

The cut was made at 1 under, leaving 2010 winner Miguel Angel Jimenez out of the weekend action after a second straight 70.

Jimenez can still stick around to watch the Ryder Cup trio, as he is one of Europe’s five vice-captains for the Sept. 26-28 match against the United States at Gleneagles, Scotland.