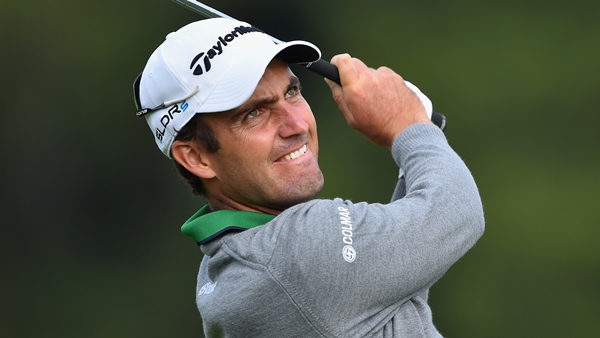 CRANS-MONTANA, Switzerland – Richie Ramsay of Scotland and Edoardo Molinari of Italy each shot 8-under 62 to lead after the European Masters first round on Thursday.

Both carded bogey-free rounds in the thin Swiss Alps air to finish two strokes ahead of Englishmen Tommy Fleetwood and Graeme Storm, and Gareth Maybin of Northern Ireland.

Ryder Cup teammates Jamie Donaldson of Wales and Victor Dubuisson of France were in a group of seven players a further shot back on 5 under.

Thomas Bjorn of Denmark, the third member of Europe’s team playing here who will face the United States in Scotland this month, was among 15 players shooting 4-under 66 on the 6,848-yard (6,262-meter) Severiano Ballesteros course.

Bjorn won two of the past three European Masters titles, and Ramsay was champion in 2012.

Ramsay eagled the par-5 first and birdied the next two holes before reaching the turn in 31 shots.

The Scot carded three more birdies spanning the 12th to 15th. He needed to birdie his last three holes to achieve a tour-record 59.

“On the 16th, I thought that if I could make my birdie putt I’d have a good chance,” Ramsay said. “But once I missed the putt, I obviously knew the game was up.”

Molinari also picked up five shots on the front nine holes, all birdies, and three more on the back nine.

Dubuisson, the world No. 21, is the highest-ranked player in the event co-sanctioned by the European and Asian Tours.

Like the Frenchman, Donaldson will be a Ryder Cup rookie. He is seeking his second straight victory after winning the Czech Masters two weeks ago.