Raymonde Michaud selected as Golf Canada’s Volunteer of the Year 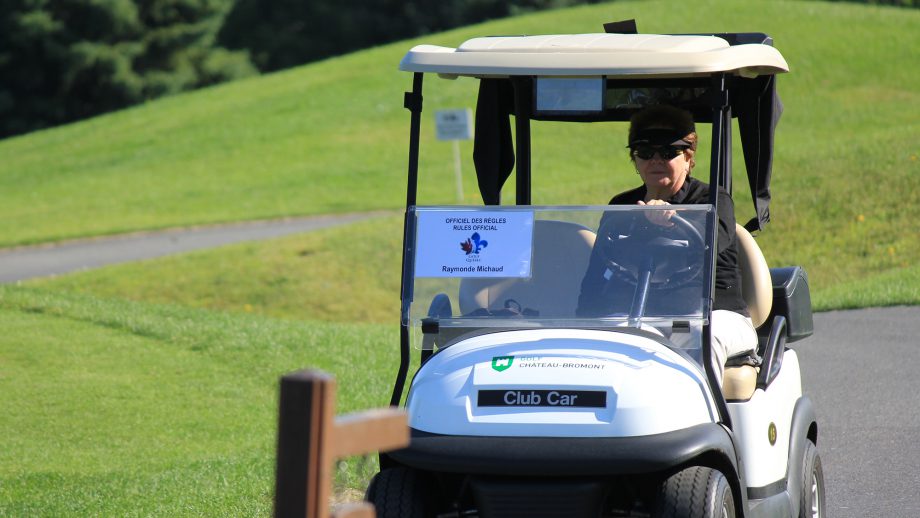 Golf Canada is pleased to announce that Raymonde Michaud of Rivière-du-Loup, Qué., has been named the recipient of Golf Canada’s 2018 Volunteer of the Year Award.

A golf official recognized for her work with youth and leadership with the Optimist movement, Michaud will be acknowledged during the closing dinner of Golf Canada’s 2019 Annual Meeting on Saturday, March 2 at the Marriott Montréal Airport In-Terminal Hotel.

“Volunteers are the driving force behind the success of golf in this country and we are proud to recognize Raymonde Michaud for her leadership and extensive contributions to support the game of golf in her home province of Québec,” said Golf Canada President Leslie Dunning. “Raymonde has given back to the game at the regional and provincial level and it is fitting that her leadership, commitment and contributions are being recognized.”

Now in its 13th year, candidates for Golf Canada’s Volunteer of the Year Award are put forth for consideration by the respective provincial golf associations in acknowledgment of significant contributions to the game of golf in their community.

Raymonde Michaud’s volunteering career started at a very young age, in 1974, as a Scout Leader in Rivière-du-Loup. Through the years, she remained involved with the local scouting movement where she advanced to become an instructor in charge of the leaders’ training from 1979-1984, a director from 1986-1997, and eventually the President of the Maurice Proulx Scout Foundation from 1997-2016.

An avid golfer at the Club de golf de Rivière-du-Loup, Raymonde devoted close to 30 years of her time to the betterment of the sport. She started volunteering as the Junior Representative of her club in the summer of 1989. In 1990-91, she acted as Club Captain of the women’s division before joining the facility’s Board of Directors in 1997 and 1998. After a short hiatus, she came back to the Board from 2003 to 2009.

Looking to share her passion for the game at a large scale, she became a volunteer of the (former) Canadian Ladies Golf Association (CLGA) – Québec Branch. She joined the regional Rules Committee of the Québec City area and was actively involved from 1992 to 1997. A nationally certified rules official, she was appointed to the CLGA provincial Rules Committee from 1998 to 2004.

Through the amalgamation of the CLGA with the Québec Golf Association (QGA) in 2004 and later on with the restructuration that led to the creation of the Québec Golf Federation (Golf Québec) in 2011, she remained an active member of this provincial operational committee until 2016. Raymonde is one of the most experienced regional and provincial rules officials and is still actively involved as an official at Golf Québec championships.

Aside from her continuous involvement with the scouting movement and numerous golf associations, Raymonde became the first female members of the Rivière-du-Loup Optimist Club in 1991. She volunteered with many regional committees and acted as an officer and a Governor of her regional and district branches. Raymonde continues to serve on the Board of Directors of the Canadian Children’s Optimist Foundation.

In 2007, Raymonde was instrumental in  the creation of a new partnership between Golf Québec and the Western District of the Québec Optimist Clubs. The objective was to provide junior golfers of the Optimist Junior Golf Club – St. Laurent Region – with a qualifying opportunity for the prestigious Optimist International Junior Golf Championship held every year in Florida. The very first edition of the Golf Québec Optimist Classic was conducted in 2009 with approximately 40 young participants and the event is now one of the tournaments composing the Junior Provincial Tour. With over 240 junior golfers, boys and girls, from Québec, Eastern Ontario and the Maritimes, it is the most prestigious qualifier held in Canada and 2nd largest in the world for the Optimist International Junior Golf Championship. In 2018, in collaboration with the Optimist Junior Golf Club – St. Laurent Region, Golf Québec proudly qualified twenty (20) young players aged 9 to 18 for the International event held at the PGA National Resort & SPA, in Palm Beach Gardens, from July 17 to August 1, 2018.

Raymonde also contributed to the Golf Québec Optimist Classic as a Rules official in every edition of the provincial qualifier. As well, a few years ago, she was invited to act as a Rules official during the two-week international competition held in Florida.

Congratulations to Raymonde Michaud of Rivière-du-Loup, Qué, on being named Golf Canada’s 2018 Volunteer of the Year!