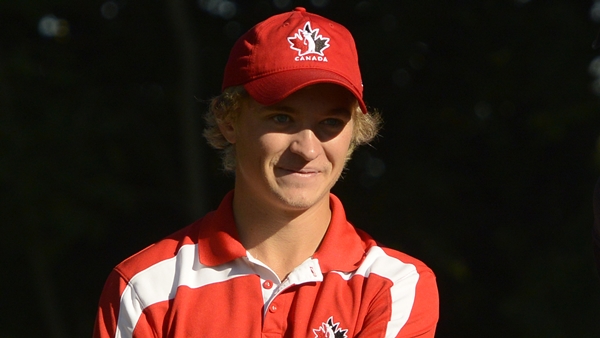 HALIFAX — SportBox Entertainment Group and RBC today announced that RBC has become the title sponsor of the Canada Cup to be held in Halifax.. The RBC Canada Cup will be a battle for international bragging rights, as Team Canada’s Mike Weir, Graham DeLaet and David Hearn go head-to-head against Team World’s Matt Kuchar, Gary Woodland and Trevor Immelman in an 18-hole exhibition match.

Each RBC Canada Cup team will also be rounded out by a top Web.com Tour player entered in the Nova Scotia Open. The day will start off with a morning pro-am, followed by 9-hole singles matches and 9-hole team alternate shot matches in the afternoon.

The RBC Canada Cup is part of GOLFest Nova Scotia, a week-long celebration of national pride and all things golf in Canada that will also feature a Web.com Tour event Thursday through Sunday, the Nova Scotia Open. In 2014, GOLFest will be held at Ashburn Golf Club – New Course from Monday, June 30 to Sunday, July 6.

“We’re very pleased to invest in this exciting event which will do so much to nurture the next generation of regional and national golfing heroes and further develop the game that so many Atlantic Canadians love,” said Kim Mason, RBC regional president, Atlantic Provinces. “The RBC Canada Cup and GOLFest Nova Scotia will truly be a one-of-a-kind hospitality and spectator experience.”

With one of the strongest corporate imprints in golf globally – including RBC Canada Cup competitors Weir, DeLaet, Hearn and Kuchar as Team RBC ambassadors as well as the RBC Canadian Open – securing title sponsorship to the Canada Cup property is a natural fit for RBC’s portfolio.

“As a premier sponsor of golf in Canada, RBC has a track record of supporting the best of the best in golf. We are proud they have chosen to add GOLFest and the Canada Cup to that exclusive list,” said Grant MacDonald, director, GOLFest Nova Scotia. “RBC’s sponsorship of GOLFest not only shows their commitment to the sport, it also clearly demonstrates their commitment to and belief in this region. We look forward to working with RBC to deliver an unbelievable experience.”

Festival organizers also announced that a limited number of all-week grounds admission passes for GOLFest Nova Scotia will go on sale Monday, April 7 at 10:00 a.m. Eastern / 11:00 a.m. Atlantic Time through Ticket Atlantic and at golfestnovascotia.com. At $150 each, the all-week pass is the only ticket that provides access to the RBC Canada Cup. It also provides entrance to the Nova Scotia Open.