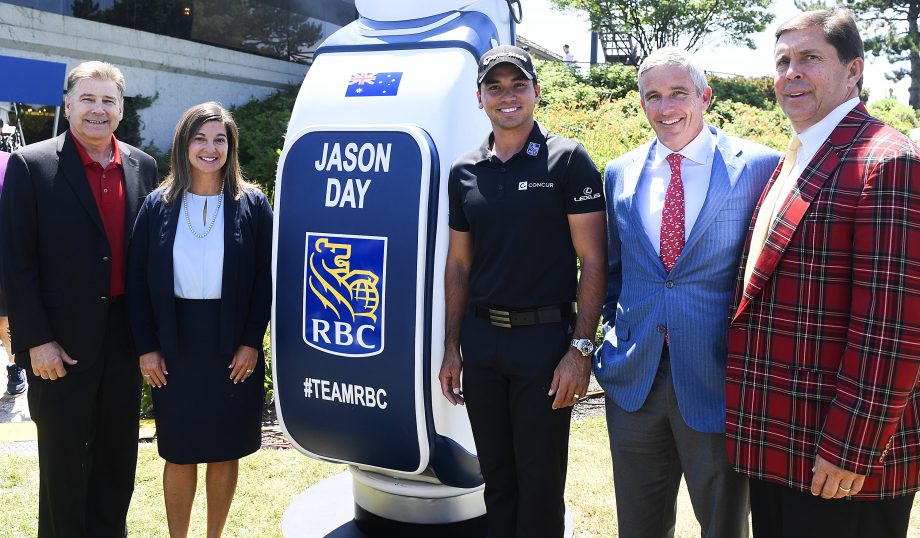 OAKVILLE, Ont. – The PGA TOUR, RBC, Golf Canada and the Heritage Classic Foundation jointly announced today that RBC has signed six-year extensions as title sponsor of both the RBC Canadian Open and RBC Heritage. The new agreements take effect in 2018 and run through 2023.

“Since assuming sponsorship of Canada’s National Golf Championship in 2008, RBC has been a tremendous partner of the PGA TOUR,” Jay Monahan, Deputy Commissioner of the PGA TOUR, said during a press conference at Glen Abbey Golf Club, site of this week’s RBC Canadian Open. “RBC became passionately involved with the tournament from the outset and since that time, has increased its involvement in golf by sponsoring the RBC Heritage, supporting PGA TOUR and LPGA players through Team RBC, and funding youth and amateur golf initiatives in Canada. We couldn’t be happier to continue our relationship with such a strong advocate of golf through these two long-term extensions.”

“We are excited to extend our commitment to both the RBC Canadian Open and RBC Heritage for an additional six years,” said Dave McKay, President and CEO, RBC. “As the largest company in Canada, our sponsorship of the RBC Canadian Open reflects our leadership position in our home market, while our support of the RBC Heritage demonstrates our strong and growing presence in the U.S., particularly following our recent acquisition of City National Bank. We know many of our clients around the world have a passion for golf. With two PGA TOUR stops and a roster of world-class golfers representing our brand, RBC is proud to promote this great game and to have the opportunity to give back where we live and work, helping our communities prosper.”

The RBC Canadian Open is among the oldest tournaments on the PGA TOUR, dating back to 1904. Since becoming title sponsor, RBC has worked closely with Golf Canada to elevate the tournament in a variety of ways, including the implementation of a rotation of golf courses throughout the country and enhancing the tournament experience for fans and players.

“RBC is playing a major role in supporting excellence in Canadian golf and we are honoured to have them continue on as title sponsor of the RBC Canadian Open,” said Golf Canada CEO Scott Simmons.  “RBC is one of Canada’s most respected corporations and as a partner in golf and its continued commitment to conducting a world-class event has elevated the status and prestige of Canada’s National Open Championship.  On behalf of our Board of Directors, staff and Canadian golf fans from coast to coast; we thank RBC for its continued investment in Canadian golf.”

The RBC Heritage debuted in 1969 at Harbour Town Golf Links, a Pete Dye design at the Sea Pines Resort that quickly became a favorite course among TOUR members. In June of 2011, RBC was introduced as the new title sponsor of the PGA TOUR’s annual stop on Hilton Head Island, S.C.

The RBC Canadian Open begins Thursday with Jason Day, the No. 1 player in the world and one of 14 touring professionals who make up Team RBC, defending his title.