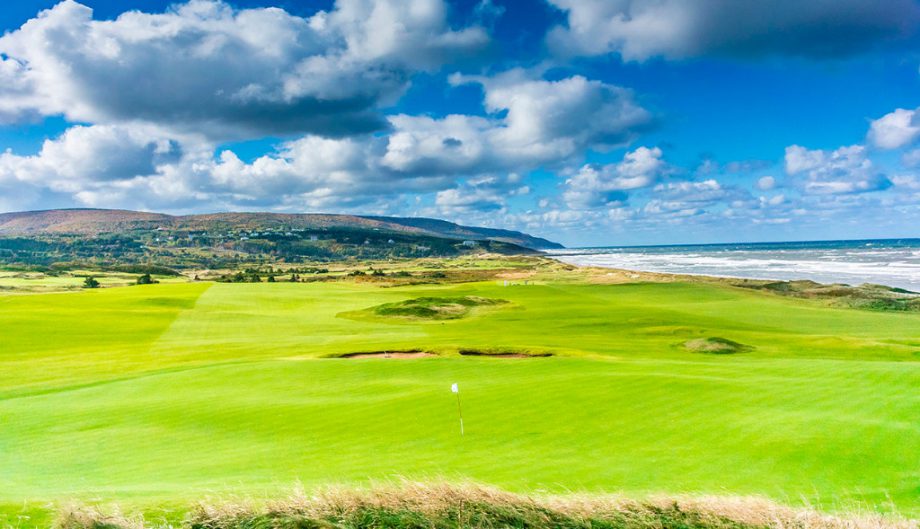 Not even cold gusty sea winds could stop teams from enjoying the awe-inspiring Cabot Links experience for the first round of the RBC PGA Scramble presented by The Lincoln Motor Company.

“It was nice playing Cabot Links in the conditions it was probably designed to be played in,” said PGA of Canada professional Chris Barber from The Landings Golf Course in Kingston, Ont. “It was howling winds, cold and there was sea spray hitting you the whole way around—the place is great.”

Barber’s team thru the first round sits alone in third at 12.3-under-par. The squad from The Ridge at Manitou leads the 54-hole national championship at 14.2-under-par, with the Cooke Municipal team in second at 13.5-under-par.

“The experience so far this week has been world-class,” The Ridge at Manitou team said. “Without the involvement of RBC and The Lincoln Motor Company, this is more than likely be a destination we’d probably never have a chance getting to play.”

The national championship continues Friday at Cabot Cliffs, with the final round taking place Saturday back at Cabot Links.

Canadian Golf Hall of Fame member and golf media personality Bob Weeks is on site this week to handle emcee duties at the opening ceremonies. Weeks will also moderate a special Q&A with Jared Du Toit on the opening night and act as the honorary starter during the second round at Cabot Cliffs.

In addition to the opening ceremonies, participants in the national final will be treated to two RBC dinners at the Panorama restaurant, as well as two receptions by The Lincoln Motor Company and a closing ceremonies event.

Those not playing in the RBC PGA Scramble of Canada presented by the Lincoln Motor Company National Final can still take part in all the action throughout the week at Cabot Links through social media. Watch on Facebook Live with multiple live streams—which include player interviews, behind-the-scene looks, drone flyovers, opening and closing ceremonies, and more. Follow along on Twitter and Instagram as well for great social content.

The RBC PGA Scramble presented by the Lincoln Motor Company saw thousands of golfers from across the country participate in the series of events this summer. The 22 teams participating at Cabot Links made it through local and regional qualifying events.

For more information about the RBC PGA Scramble presented by The Lincoln Motor Company, visit the website by clicking here.