Reactions to the cancellation of the 2020 RBC Canadian Open 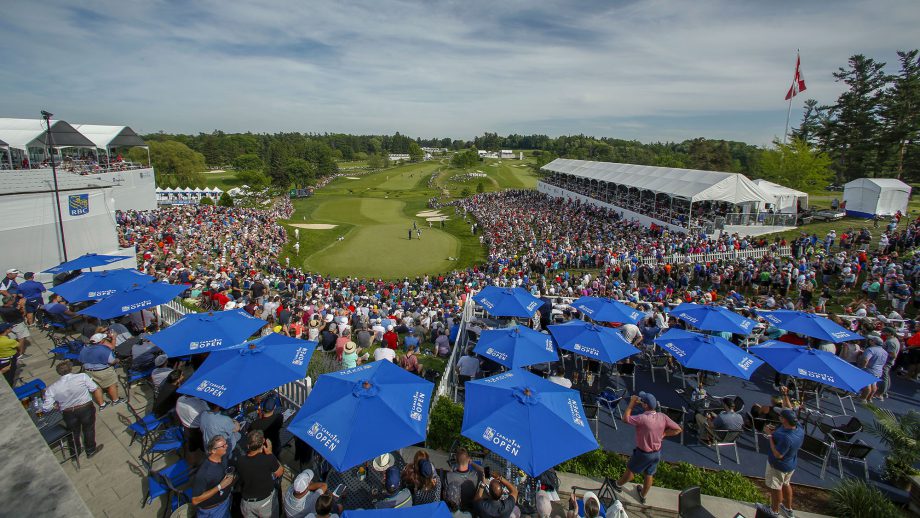 TORONTO – The 2020 RBC Canadian Open, one of the jewels of the country’s sports calendar, has been cancelled because of the COVID-19 pandemic.

The PGA Tour announced the cancellation of the tournament on Thursday as part of its revamped 2020 schedule. The four-day competition was scheduled to begin June 11 at St. George’s Golf and Country Club in Toronto.

Golf Canada and its partners are now in negotiations to use the same venue for the 2021 edition of Canada’s men’s golf championship.

“Overwhelming disappointment for our fans and disappointment for golf in Canada because the RBC Canadian Open has been such a celebration and such a high point for so many of us,” said Golf Canada CEO Laurence Applebaum. “We’ve been dealing with the scenarios and the prospect of this for some time but the obstacles were just so numerous and from so many directions.”

The Canadian Open, first contested in 1904, is the third-oldest continuously running tournament on the PGA Tour behind the British Open and the U.S. Open.

It’s the first time the tournament has been cancelled since 1944, when it missed a second straight year due to the Second World War. It was also scrapped from 1915-18 because of the First World War.

“We were set to celebrate our 125th anniversary for Golf Canada,” said Applebaum. “When you think about other reasons why it was cancelled, for the World Wars, it’s similar.

“Right now we’re under a federal quarantine act, and both a provincial and city state of emergency. It’s a global pandemic.”

The @PGAtour has confirmed the @rbccanadianopen isn’t part of the schedule for 2020 and is officially cancelled. Hopefully things return to normal soon! 📷 7th tee, 2nd round of RBC Canadian Open at Glen Abbey Golf Club in 2017. #stayinside #staysafe #canadianopen

The Canadian Open is the latest major annual late spring or summer sporting event in Canada to be wiped out or postponed because of COVID-19. The Canadian Grand Prix in Montreal and the Queen’s Plate in Toronto will not run on their scheduled June dates, while the Rogers Cup women’s tennis tournament in Montreal, scheduled for August, will not be held in 2020.

The CP Women’s Open is still on the LPGA Tour schedule. It’s slated for Sept. 3-6 at Shaughnessy Golf and Country Club in Vancouver.

Although the Canadian Open has been cancelled, the PGA Tour hopes to resume play this summer.

It laid out an ambitious plan to resume its season Thursday, starting at Colonial on June 11-14 in a televised event with no fans in attendance.

Under the PGA Tour’s new plan RBC, the Canadian Open’s title sponsor, would have its other event the RBC Heritage played without fans in late June.

“It is a bittersweet day for us as the sponsor of two tournaments. In a perfect world, both tournaments would be proceeding, ”said Mary DePaoli, executive vice president and chief marketing officer of RBC.

“We held out hope all the way, to the end, but the international travel restrictions, the quarantine measures that we’re all familiar with, and government mandates at so many levels were critical factors because we have to ensure the safety and the health of anyone participating in our tournaments.”

Also, the City of Toronto had cancelled its permits for all public gatherings up until June 30.

The edict didn’t apply to sporting events held on private property – like MLB’s Toronto Blue Jays at Rogers Centre, the NBA’s Raptors and NHL’s Maple Leafs at Scotiabank Arena, or the Canadian Open itself at St. George’s in the city’s west end.

However, city co-operation would have been necessary for parking and transit. The city’s edict also cancelled a two-night concert series planned for tournament week as The Chainsmokers and Keith Urban were going to perform at nearby Richview Collegiate Institute.

Although Golf Canada and RBC are already planning the 2021 Canadian Open, DePaoli says the fate of the concert series is still to be determined.

“We will make a decision on the inclusion of a concert series once we understand government mandates around physical distancing,” she said. “Our decision will start with what is permitted and what will society accept by way of gatherings.”

How this cancellation will affect the tournament’s long-term schedule is not yet known, although St. George’s was tentatively scheduled to host the Canadian Open again in 2024.

Obviously extreme disappointment this morning over the cancellation of the RBC Canadian Open in June. This is always a highlight in my season I look forward to every summer. I love competing in front of my home crowd! On the bright side, we have another year of build up and prep to make the 2021 RBCCO an outstanding event in the PGA Tour schedule! #rbcco #rbc #pgatour #tsn #tsncanada #canada #toronto #golf

“Obviously it’s not an easy decision and there’s very valid reasons for things getting cancelled or postponed,” said golfer Corey Conners of Listowel, Ont., before the Canadian Open was officially cancelled. “It’s an event that I’ve been looking forward to all year, really.

“It’s so much fun to play in front of the Canadian fans, the support’s incredible at the RBC Canadian Open.”