Rebecca Lee-Bentham: Focusing on the next chapter 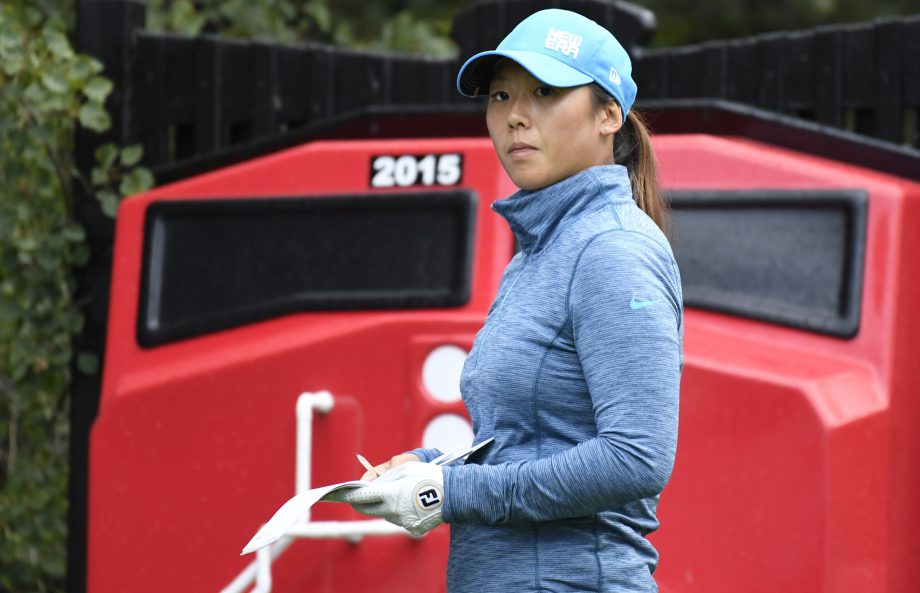 After calling it a career recently in August, Rebecca Lee-Bentham is now looking to apply the valuable lessons she’s learned during her years as an LPGA pro in her new life away from competitive golf.

“Being a pro golfer has enabled me to travel the world and be around many successful people. I’ve learned to work hard, be patient, and network well, which are helpful traits for success in any career,” said the 24-year-old.

The Toronto golfer plans to work towards her PGA of Canada coaching certification and has recently starting coaching at the Bradlee Ryall Golf Academy at Lionhead Golf Club in Brampton, Ont.

“I’ve started coaching golf and have been enjoying my experience so far. I’m still in the process of creating my goals for where I want to go with it,” she noted.

Taking a look back at Lee-Bentham’s journey, the 2011 Canadian Women’s Amateur champion made the decision to leave the University of Texas after her freshman year to pursue her dream of competing on the LPGA Tour.

It was at the final stage of LPGA Q-School in December of 2011 that the then-19-year-old secured full playing status on her first attempt – and became the youngest Canadian on the LPGA Tour.

“She was a good classmate. I’m excited to see another Longhorn doing something big,” said NBA star Tristan Thompson at the time about his former classmate’s ability to secure her full LPGA card.

The Longhorn alum credits her time as part of Golf Canada’s Canadian national team program for teaching her the ropes and helping her achieve her childhood dream.

“The best part of being on Team Canada is the support the players get.  Being able to work with great coaches and trainers plus the financial support allowed us to travel and play in the best tournaments around the world; and I can say that played a major role in my ability to make it to the LPGA Tour,” said Lee-Bentham.

Among the notable highlights in her five year professional career was a tie for 18th spot at the 2013 ISPS Handa Women’s Open Australian Open; which was followed by an 11th place finish later that same year at the Evian Open.

Having racked up just over $118,000 in earnings in 2013, the Toronto golfer was voted by Canadian golf writers as the 2013 Female Professional of the year.

However, in 2014, inconsistency resulted in her missing the cut in 11 out of 18 tournaments and losing her full playing privileges.  Nagging injuries continue to slow down the talented young golfer in 2015 as she made the cut in only two out of 10 LPGA tournaments.

Despite her struggles on the golf course, Lee-Bentham always had a reputation as one of the hardest working players on tour.

“What really impresses me about Rebecca is that she is one of the first players to come out to the course in practice and she is also one of the last ones to leave. She is a really hard working player,” said LPGA superstar Lydia Ko about the Toronto golfer.

However, having made countless sacrifices since taking up the sport at the age of 12 and having exerted tremendous energy in her efforts to compete at the highest level, Lee-Bentham realized by mid 2016 that she was running on empty.

“Playing professional golf can be a constant grind, especially when you’re always near the cut line. One of the biggest challenges for me was to not judge my self-worth based on my score on the golf course,” she said.

And prior to competing at the Canadian Pacific Women’s Open in August of this year – which saw her triple bogey the 15th hole in the second round and miss the cut by one stroke – Lee-Bentham had already made the decision to call it a career.

Having had some time to reflect on her journey, she was asked what’s been the most important lesson that she’s learned over the years.

“I’ve learned that hard work does pays off and the most important thing is to be happy,” she replied. “And happiness is all about perspective and being grateful.”

Despite calling it a career after only five years as a pro, the 24-year-old is grateful for the fond memories and the special relationships that she’s built over that time.

“And even though I retired from competitive golf, I still love getting out there and playing for fun whenever I can.”

Given the constant travel as an LPGA pro, Lee-Bentham is happy to be home in Toronto and have the opportunity to recharge and refuel.

Recently, she saw her older brother get married; and a few weeks after that, she was the bride’s maid at her sister’s wedding.

“I think just growing up in a Christian home, I’ve learned that life is always bigger than just myself,” she said.

“Right now I want to spend more time with my family and close friends that I haven’t been able to see much while I was on tour.”

Despite an early retirement, the 24-year-old former LPGA pro says she has no regrets about her journey.

“I don’t think I’d change anything because I appreciate all the experiences, good and bad, that I’ve gone through in my life,” she said.

“I’m definitely grateful for all the good experiences but I also know that I learn more from the tougher ones.”

It’s these important lessons and experiences that the mature and hard-working 24-year-old former LPGA pro expects will serve her well in the next chapter of her story.