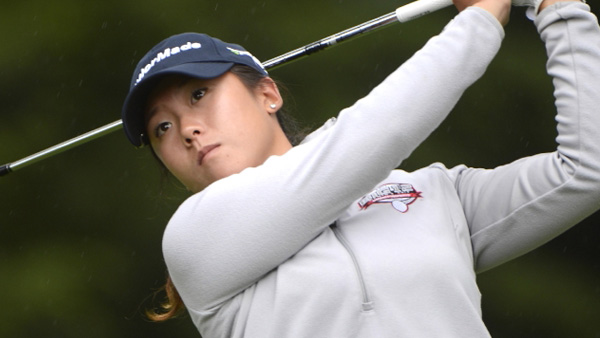 Daytona, Fla. — After the opening round of the LPGA qualifying final, Toronto’s Rebecca Lee-Bentham is the top Canadian on the leaderboard.

The 2011 Canadian Women’s Amateur Champion posted a 2-under 70 at LPGA International on Wednesday and will enter Rd. 2 in an eight-way tie for 8th spot.

Sara-Maude Juneau of Fossambault-Sur-Le-Lac, Que., Sue Kim of Langley, B.C., Samantha Richdale of Kelowna, B.C. and Soo-Bin Kim, a resident of Coquitlam, B.C. all carded 1-under 71s in their opening rounds and are well within contention, tied for 24th place.

Seven other Canadians are also in the fold this week, trying to gain membership to the 2015 LPGA circuit.

Brogan McKinnon of Mississauga, Ont. began her week with a 3-over 75, while 2014 Canadian Women’s Amateur Champion Augusta James of Bath, Ont. joined Jennifer Kirby of Paris, Ont. and Maude-Aimee Leblanc of Sherbrooke, Que. at +4, after all three recorded rounds of 76.

Brittany Henderson of Smiths Falls, Ont. posted a 77 to begin her week, one stroke better than Charlottetown’s Lorie Kane and Brantford, Ont. native Nicole Vandermade, who began the final week of Q School with 78s.