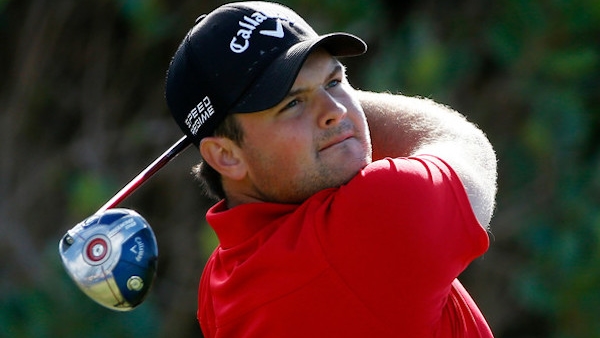 SHANGHAI – Patrick Reed hasn’t received this much attention since he pressed his finger to his lips in Scotland to quiet the Ryder Cup crowd. This time it was his own mouth that got the 24-year-old American into trouble when he berated himself with swearing and a gay slur.

Reed apologized on Friday for his outburst at the HSBC Champions, which was captured on live television during the opening round of a World Golf Championship.

“Yesterday, I made a stupid error,” Reed said. “Sorry for definitely the words that I said and everything that went on. Never should have happened. Unfortunately, it happened to me and all I can do is just learn from it and move on, hopefully continue playing well and keep giving fans something to watch.”

He was on his 10th hole (No. 1) at Sheshan International in the opening round when he missed a 5-foot putt. Microphones caught him using the F-word twice and capping it off with another F-word – the gay slur – in a fit of rage over his three-putt bogey.

Golf Channel analyst Frank Nobilo immediately apologized to viewers. Reed didn’t even remember what he said until he was informed after the round, and the video clip began making its way across the Internet. Among those he sought out for advice was Bubba Watson, of all people.

Microphones also caught Watson using the F-word in the second round of the U.S. PGA Championship in August.

“He came to me last night and said that, `Hey, I did something bad,'” Watson said. “He showed me the clip. I said, `Yeah, that’s not good.’ That’s all I could say. … It’s sad it comes out, but just like I said before in my own personal problems, that’s how you learn from it. That’s how you become a better man, and that’s what I told him. `Your daughter is not old enough yet, but when your daughter gets older, you don’t want to speak out like that.’ And it’s the same thing with me.”

It was the second time in two weeks that a public figure in golf was swept up in emotion and wound up using offensive terms. Former PGA of America president Ted Bishop directed his “Lil Girl” comment at Ian Poulter.

“I’ve done it in the past. It’s difficult, isn’t it?” Poulter said. “The microphone is there, live TV, its broadcast around the world. We all make mistakes.”

Reed huddled with his handlers for about five minutes after his 73 on Friday before facing the media, answering every question with a mea culpa.

“It’s something not to be proud of, and something that you definitely can’t have happen,” Reed said. “Unfortunately, it got the best of me yesterday, and all I can do is not let it happen again.”

Players who use foul language are usually fined, although the PGA Tour does not disclose its disciplinary action. Graeme McDowell said he has received a text message from his mother when microphones catch him swearing.

“My mom is under some illusion that I don’t swear,” he said. “Like I say, golf is a four-letter word. It’s a frustrating sport. Yes, we use language that we shouldn’t on national television, but that’s the same in any sport.”

Reed’s outburst was more about the words, especially the gay slur, than the volume. He was playing with McDowell and Billy Horschel, and neither of them even heard it. Reed said it as he walked briskly to the hole after missing the short putt.

It happened about 1 p.m. on Thursday in China. McDowell didn’t know about it until he was watching the news Friday morning.

“Yes, he shouldn’t have said it. But is he unfairly dragged across the coals? Who knows? You could argue both sides of the story,” McDowell said. “I don’t have an opinion on it. Guys say things all the time out here.”

Reed blamed his choice of words on his passion, and he is not short on that. He first drew attention to himself at another World Golf Championship at Doral where he said he belonged among the top five players in the world after winning.

The PGA Tour issued a statement that said its policy for conduct unbecoming a professional “prohibits the use of obscene language on the golf course.” The tour added it would handle the matter internally.