Reed starts the year on a high note at Kapalua 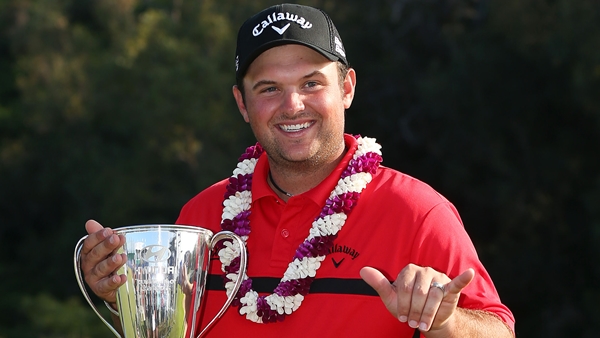 KAPALUA, Hawaii – No one in the winners-only field at Kapalua has been more successful on Monday than Patrick Reed.

Instead of honing his game in the minor leagues before earning a card, Reed tried to Monday qualify into PGA Tour events. He made it six times out of eight tries, an astounding rate of success. Only this day was different.

“I felt like this win was more like the Mondays, because not only was it Monday, it was 18 holes,” Reed said after his playoff victory over Jimmy Walker in the Hyundai Tournament of Champions. “It was pretty bunched, so you just had to go out and go low. And luckily, we were able to do that.”

He did his most important work at Kapalua over the final four holes in regulation, and it wasn’t exactly bunched up at the moment. In fact, Reed was thinking more about trying to finish second when he stood on the 15th tee four shots behind Walker.

The 24-year-old Reed did better than that. He two-putted the par-5 15th for a birdie. In the final group behind him, Walker began losing his lead when a 4-iron off the tee at the reachable par-4 14th sailed right into a bunker and led to bogey. And then, Reed holed out with a wedge from 80 yards for eagle on the 16th.

Just like that, he was tied with Walker at 21-under.

He still had work left. Reed three-putted from 100 feet just off the 17th green, missing a 4-foot par putt to fall one shot behind. Again, he figured a birdie was mandatory to at least have a chance. He took care of that with a two-putt from 80 feet to close at 6-under 67.

Walker, tied for the lead with Hideki Matsuyama at the start of the final round, would take only one shot back – the 4-iron into the bunker on the 14th. From there, he caught it too cleanly and sailed the green, and when he missed a short par putt, he ended his streak of 32 straight holes without a bogey.

Equally critical to Walker was making birdies, and those were elusive. He had built a three-shot lead over Matsuyama by running off three straight around the turn, and he was still three clear over the 22-year-old from Japan going to the 14th. Walker twice missed birdie putts inside 10 feet. And when he needed a birdie on the 18th to win in regulation, his chip came out soft and he missed an 18-foot attempt for a 69 to join Reed at 21-under 271.

Walker had the advantage in the playoff on the downhill, scenic par-5 18th, but not for long. Reed couldn’t get near the green after driving into the rough, while Walker left his 3-wood well out to the right, not far from his chip in regulation. This one came out hot and over the green. He chipped back to 6 feet for a par putt, only he picked up his coin when Reed drained an 18-footer for birdie and the win.

“It was there for me to win,” Walker said. “It was a bummer I didn’t close the door on it.”

Reed has been doing that with regularity since he joined the PGA Tour in 2013. He won in Greensboro in a playoff over Jordan Spieth. He went wire-to-wire at the Humana Challenge last year, and beat back a strong field at Doral. This was his fourth career victory, putting him in elite company.

Reed is still not “top five in the world” – a comment he made after his win at Doral and one that follows him now. He moved to a career-best No. 14, which marks progress and potential.

“Everyone is trying to get to the best in the world,” Reed said. “But that’s going to take a long time. It’s nothing that happens overnight.”

The lone Canadian in the field this week was Nick Taylor. The Abbotsford, B.C., native finished tied for 29th at 6-under par 286.