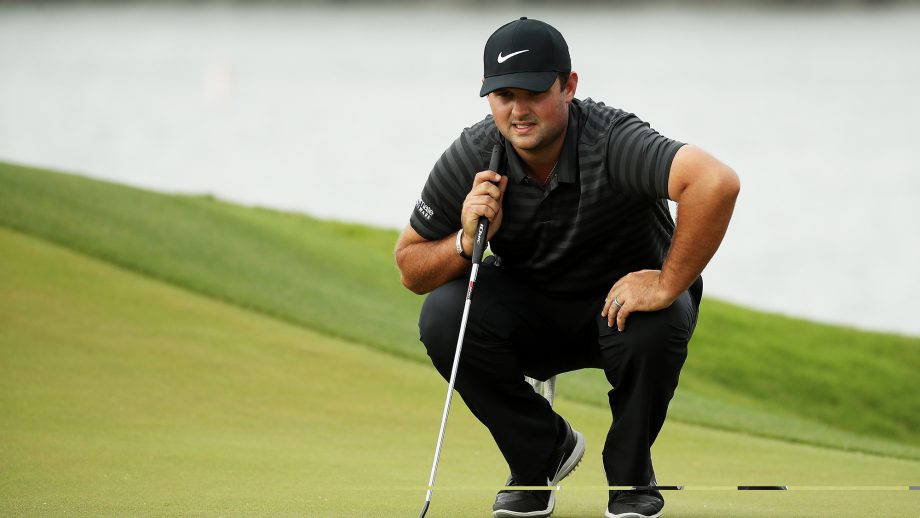 AUSTIN, Texas – One shot into the match, Jordan Spieth already was in a golf cart being driven back to the tee.

It took three holes before Patrick Reed had to putt.

The most anticipated match turned into a sloppy affair Friday when Spieth hit one shot out-of-bounds, two shots into a hazard and three times gave away a chance to win the hole by three-putting.

And right when it looked as though Spieth might still have a chance, Reed buried him with a 40-foot birdie putt from behind the 17th green for a 2-and-1 victory in the Dell Technologies Match Play that sent Reed into the weekend and Spieth searching for answers.

“I don’t think it would have been that tough to beat me today,” Spieth said.

Reed was tough enough when it mattered. He seized control with the prettiest shot of the match, a knockdown wedge into the wind that grazed the front edge of the cup on the 13th for a 2-up lead. He ended it with a putt that looked as though it might go 8 feet by until the hole got in the way.

“Just happened to be the perfect line,” Reed said. “Thank God, because that thing was moving.”

Reed is among 16 players who won their group on Friday at Austin Country Club and advanced to single-elimination on the weekend, all of them from matches away from a World Golf Championships title.

That group includes Justin Thomas, at No. 2 the top seed remaining, who can go to No. 1 in the world by winning.

It doesn’t include Dustin Johnson, the defending champion who played so poorly that none of the three matches he lost made it to the 18th hole. Johnson left the gallery with one parting shot, a 489-yard drive that would be the longest in PGA Tour history except that stats from Match Play are not official.

Rory McIlroy had a chance to advance except that he was beaten soundly by Brian Harman.

And it doesn’t include Spieth, who now has gone seven tournaments since his last top 10.

“I’m human and I’m realistic that based on the way the year’s gone … it’s been kind of a trying time for me, especially on and round the greens,” Spieth said. “Stuff I took for granted in setup and pace control and all that kind of stuff … has been a little bit more difficult. And I’ve been trying to figure out how to get back to that level, and I’ve been trying different things.”

Thomas and Sergio Garcia (No. 7) were the only top-10 seeds to advance to the fourth round. Thomas had the easiest time, a 7-and-5 victory over Francesco Molinari. Asked how he felt going into the weekend, Thomas replied, “The same as the other 16 guys. We all start at the same place.”

Phil Mickelson was eliminated when Charles Howell III, who beat Lefty on Wednesday, completed a 3-0 mark in group play by beating Satoshi Kodaira.

Howell and Ian Poulter, who swept his matches when Kevin Chappell conceded at the turn with a back injury, still have a chance to earn a spot in the Masters by getting into the top 50 at the end of the week. They both need to win at least one more match.

Paul Casey might have had the toughest day: He lost twice.

Casey only had to halve his match to advance for the third time in four years. He lost to Matt Fitzpatrick, and even then had a chance to win his group if the other match was halved. Instead, Kyle Stanley made an 8-foot birdie putt on the 18th hole to win, and then he beat Casey on the second hole of a playoff.

Tyrrell Hatton also was forced into a playoff, and he beat Brendan Steele on the first extra hole.

The tightest match was Alex Noren and Tony Finau, one of four matches between players who had not lost all week. Finau won three straight holes on the back nine to take a 1-up lead, only to lose the 14th with a bogey. With the match all square, Noren made a 10-foot birdie at the 17th to go 1 up, and then holed a 15-foot par putt on the final hole to avoid going to a playoff with Finau.

Noren now has won seven of his last eight matches in his event, his only loss coming to Johnson in the quarterfinals last year.

Garcia won on the 17th hole against Xander Schauffele and won his group for the first time since it switched to pool play in 2014. He also becomes the home favourite from living part-time in Austin, where his wife gave birth to their first child last week.

Matt Kuchar made a hole-in-one in a 6-and-4 victory over Ross Fisher to advance to the weekend for the second time in three years.

Vubba Watson birdied his last two holes to earn a halve against Julian Suri and avoid a playoff. Watson next faces Harman, a match of Georgia lefties.

Louis Oosthuizen beat Jason Day with two clutch putts, and then won the group with a 12-foot par putt in a playoff to beat Jason Dufner. This is the third time in four years that Oosthuizen has reached the weekend.

Kevin Kisner, a 4-and-3 winner over Johnson, figured he was headed for a playoff when Adam Hadwin of Abbotsford, B.C., took a 1-up lead on the 18th over Bernd Wiesberger. But then Wiesberger holed a 20-foot putt for birdie, Hadwin missed his par putt from 12 feet and Kisner won the group.