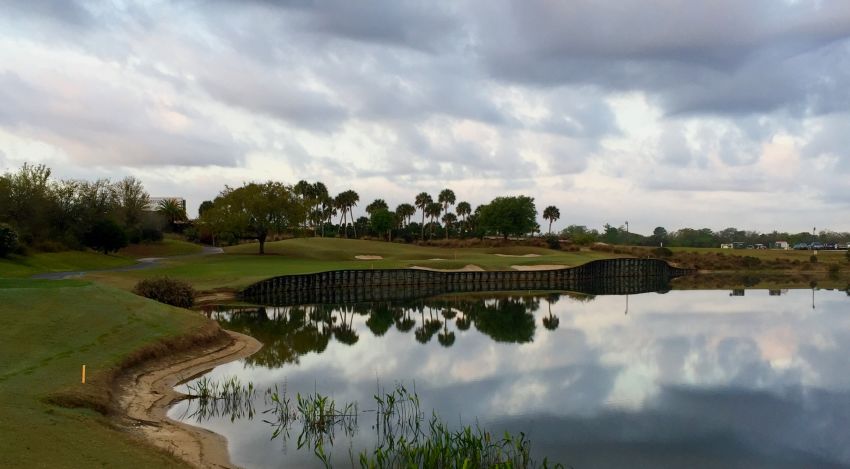 Kissimmee, Fla. – Georgia’s Seth Reeves maintained a two-stroke lead midway through the third round at Mackenzie Tour – PGA TOUR Canada qualifying school before play was suspended due to dangerous weather in the area at Reunion Resort and Spa’s Jack Nicklaus Signature Course.

The 25-year old, a former NCAA All-American at Georgia Tech, was 1-over par on his first nine holes to lead by two over Trevor Cone and Sam Love when play was suspended at 6:24 p.m. with lightning in the area.

Reeves led by two strokes over Cone entering the day after shooting rounds of 66-70 to open his quest to earn a Mackenzie Tour card, with the medalist this week earning fully exempt status for the 2016 season.

Prior to play being called for the day, Toronto native Sebastian Szirmak shot a 4-under 68 to sit 3-under total for 54 holes, tied for fifth spot and representing the low Canadian in the field.

“I stayed very patient and played great on the front, even though the score didn’t reflect it,” said Szirmak, who now calls Reunion his home course. The 26-year old shot 5-under 31 on his back nine to get into red figures for the tournament. “It takes great golf to get under par and it can all disappear in a moment. My mindset has been to stay patient and play the right shot knowing there will be a nine or 18 hole stretch of birdies”

Round three will resume Friday morning with players in position at 8 a.m. Round four will begin at 7:30 a.m. as scheduled, with competitors playing in the same groupings as round three.