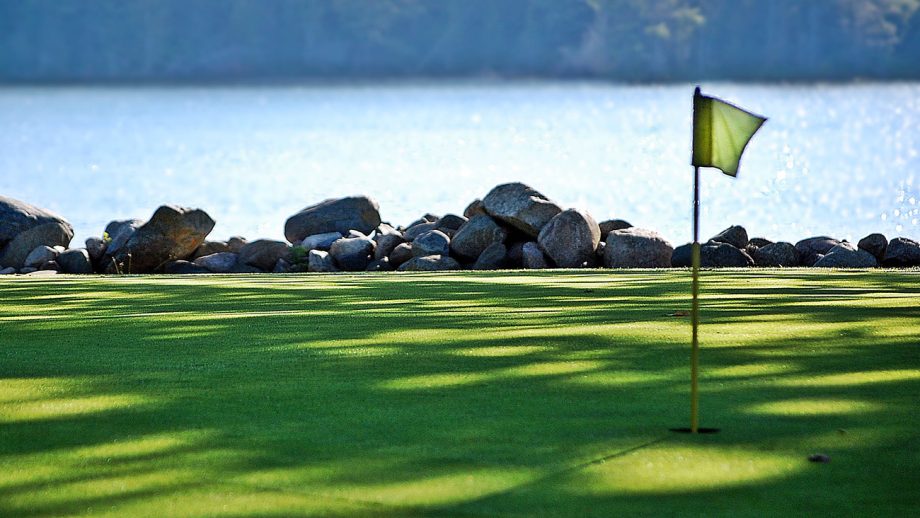 For the most part, I enjoyed and appreciated Richard Moss’s 2013 book The Kingdom of Golf in America.

Until the very last paragraph.

After 355 pages, Moss took a double bogey on the (figurative) 18th hole.

“Golf’s problems are rooted in the seismic changes in the economy and the culture of the past 40 years. If the golf community responds to these changes by dramatically changing the game, by making it shorter, easier or by changing the rules, it will be a profound mistake. Golf is not best seen as a consumer product …”

In my opinion, that’s the literary version of a golf swing’s double-cross.

This does not mean the game needs to be reinvented. How about re-engineered? In business terms, that means rethinking your processes to improve your overall product.

Personally, I prefer “reimagine,” a word that noted golf writer Lorne Rubenstein used when we spoke about the challenges facing not only municipal golf courses but many public-access courses as well. Rubenstein, who is a member of the Canadian Golf Hall of Fame among many other honours, said golf needs to spread the word that its image as an activity largely reserved for white wealthy males is a fallacy.

“The vast majority of courses are open to the public but the perception is that it’s elitist,” he said. “That’s just not true.” (About 90 per cent of Canada’s 2,400 courses are open for public play.)

He added that, in order to appeal to a wider audience, the traditional 18-hole configuration must be reimagined to include shorter courses, putting courses and other activities, golf and non-golf.

Municipal courses in particular have a bull’s eye on their back, perhaps because of “budget deficits and cheap populism,” says Brad Klein, a respected author and course architecture consultant based in Connecticut. Politicians try to hit a hot button by advocating the closure of these green spaces and replacing them with housing or other alternative uses.

“Golf benefits many more people than those who play it,” Klein said, citing the enormous environmental benefits of golf courses. “Green space versus hardscape. A thermal sink with grass and trees. Carbon sequestration [capturing carbon dioxide from the atmosphere]. Habitat for all sorts of creatures and pollinators. Flood and storm water control.

“It’s an asset to the whole community, especially in an urban setting. A municipal golf course is essentially a park with the added benefit of a game anyone can play and with the opportunity to at least break even or maybe show a profit.”

That message may be being heard, if not across the country, then in some progressive municipalities.

The City of Toronto voted this month to implement an improved operating model for its five courses, combining re-engineering and reimagining, to “provide improvements in customer experience, environmental stewardship, financial performance and recreational opportunities,” according to a press release. (More than 195,000 rounds were played on the city’s munis last year.)

“Maintaining City golf facilities in a prudent way that delivers a better experience for golfers, supports affordable access to the game for Torontonians and expands opportunities for how we use these spaces year-round is the right thing to do,” Mayor John Tory said in the release. “Providing public access to these areas, primarily in the off-season, creates more opportunities to be outside and active, including hiking, running, snowshoeing or cross-country skiing.”

Expanded accessibility, especially to young people, low-income families and other groups, was key to the decision. Notably, Golf Canada conducted the inaugural Canadian All Abilities Championship at Humber Valley, one of Toronto’s munis, last September.

Another win was scored for publicly accessible golf courses when Winnipeg’s city councilors voted 13-3 in January not to sell one of its municipal facilities, the John Blumberg Golf Course. Cindy Gilroy spoke for her colleagues after the vote.

After serving in senior positions in the parks and recreation departments in Toronto and Vancouver, Malcolm Bromley is well aware of the negative and inaccurate view many—not just politicians—have of golf courses, municipal or otherwise, and the people who play there.

“A municipal course is an integral part of the community and a vital part of the parks and recreation inventory,” said Bromley, who retired a couple of years ago after working in municipal government since 1979. His last post was general manager of the Vancouver Board of Parks and Recreation for a decade.

In his experience, he can’t recall a single parks and recreation department staff member recommending the closure or sale of a golf course. A controversial motion to sell the municipally owned Stone Ridge, the only course in the small Northern Ontario city of Elliot Lake, to a developer was defeated on Feb. 14 after a public and social media outcry, an online petition and representations from Golf Canada and the Northern Golf Association.

It must be noted that the motion was proposed by the city’s economic development manager, not the parks and recreation staff. The staff proposal was introduced in a closed council session a month earlier and recommended the sale proceed without even an appraisal of the value of the facility.

Bromley acknowledged that a golf course is low-hanging fruit for a politician seeking notoriety but suggested these people haven’t hung out in the parking lot or on the first tee of a municipal course to see who shows up. (It’s unlikely the almost 200,000 golfers who played Toronto’s municipal courses in 2021 were all wealthy white men.)

“Then they should ask themselves, ‘If this [course] wasn’t here, where would all these people go?’ They sure wouldn’t head out of the city to play, so what happens to them?”

Like Rubenstein, Klein and most others who care deeply about the game, Bromley understands shifting cultural, economic and demographic realities are impacting everything in our world, including golf.

“That’s why we have to ask ourselves, ‘How can we maximize and optimize this valuable public asset? How can we have golf—and more—on this green space?’”

Perhaps the most important “more”, according not only to Bromley but many others, is creating what he calls an “on ramp” to golf like baseball, soccer, hockey, basketball and others. To get more creative, to evolve the classic experience into putting courses, welcome programs, driving ranges, short courses, courses of fewer than 18 or even nine holes, and junior programs. “Golf-related fun,” in his words.

To that final point, Golf Canada has proposed a partnership with the City of Toronto to become the home of program locations for the First Tee – Canada and the RBC Community Junior Golf Program.

Most of the people quoted in this article made individual representations to the City of Toronto during its review of the future of its courses. Craig Loughry was one of them and his tie was as strong as or stronger than anyone’s.

Loughry, Golf Ontario’s Director of Golf Services, grew up on those layouts. As a younger man, he won the club championship at Tam O’Shanter Golf Course in Scarborough. In those days, the club champion moved on to the City of Toronto championship, a title he won twice.

“Listen. These courses, most courses for that matter, are the farthest thing from elitism. People who think that is the case are just wrong. Have they ever been to one to see for themselves? I highly doubt it.”

It should be noted that, like Rubenstein, Logan and Loughry, many other prominent people in Canadian golf learned to love the game on municipal or public courses. Golf Canada CEO Laurence Applebaum, PGA of Canada CEO Kevin Thistle and Earl Fritz, founder of the Canadian Junior Golf Association, are among them.

Few, if any, in Canada have been more vocal in support of municipal golf than golf writer Rick Young. Young, president of the Golf Journalists Association of Canada, has been relentless and vociferous about the challenge to these recreational oases not just in Canada but in other countries like the U.S. and Australia.

“I understand it’s an easy target but I really wish the critics would do some research, do their homework, before taking the path of least resistance. What I see in most cases are hidden agendas from politicians or developers. We’ve got to rewrite golf’s playbook. We’ve got to go on the offence and get everyone’s voice heard. Now.”

Young echoed the common theme that, as Klein said, “municipal golf is doomed if it stays on the defensive.”

“Golf lacks a cohesive voice on the local level,” Bromley said. “If you tried to close an arena or a ball field, the parents, minor sports and other leagues and other user groups would rise up. They’d sign petitions, hold meetings and take to social media.

“We’ve got to stop looking at every instance as a goal-line stand, a face-off between opposing forces. A golf course shouldn’t be like a light switch where it’s either on or off.”

The message should be, as Young poetically puts it: “From green space to dream space.”