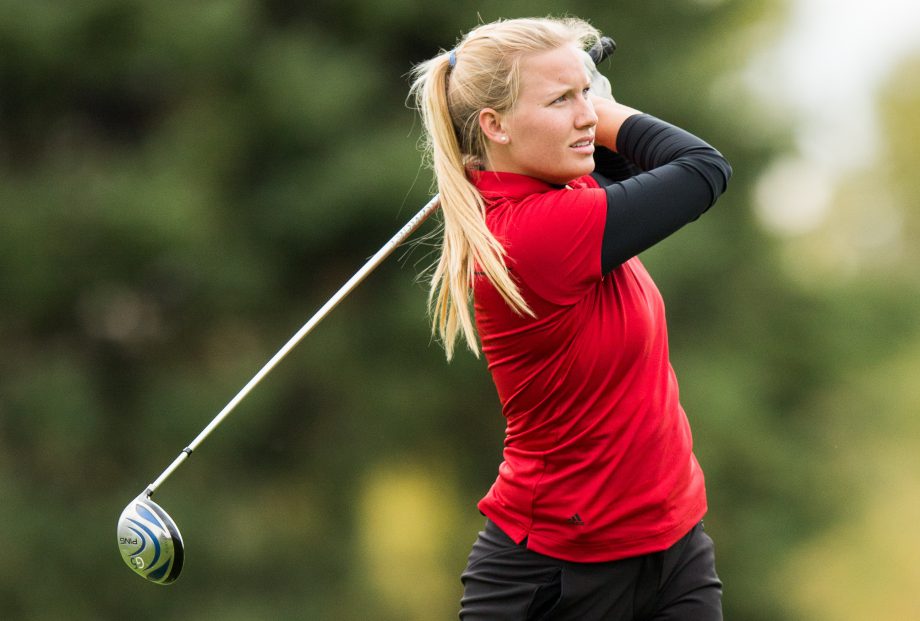 GUELPH, Ont. – A fierce competitor on the course. A warm and generous person off of it. “Outside of the ropes, I’m not sure I ever saw her without a smile on her face.” That is how Grace Glofcheskie was described by Brandon McLeod, the head golf coach at the University of Guelph. Glofcheskie played five seasons on the Gryphons varsity golf team (2010-2014) and this past Fall came back on a part-time basis to serve as an assistant coach and help out with some of the current student-athletes on the women’s team. Grace tragically passed away early Sunday morning at the age of 24.

When describing Grace’s impact on the Gryphons varsity golf program over the past half decade or so, there are several analogies that seem to fit perfectly. In basketball terms, she was the point guard of the team. An extension of the coaching staff both on the course and at the range; someone who worked hard on her own game, yet always found the time to offer help to teammates as well. To use a family analogy, she was the mother of the team. The one who was caring and welcoming to both rookies and veterans alike. The one who constantly put others before herself. And the one who provided the type of leadership qualities that ultimately led to her being described as “the glue of the team for the past five years” by her head coach.

Who is going to organize the team party at the end of the season? Grace.

Where’s everyone meeting up before heading to the year-end Athletic Banquet? Grace’s house.

When head coach Bob Wanzel announced he was retiring, who was the one who put together a picture book to give to him at his retirement dinner? Take a guess.

Grace Glofcheskie’s impact on and off the golf course will never be forgotten by all of those who were fortunate enough to cross paths with her. In 2010, Grace joined the Gryphons varsity golf team as an eager-to-learn rookie from Arnprior, Ontario (just outside of Ottawa) who was full of energy. “Even at that young age, you could already see she had a lot of great leadership qualities” said head coach Brandon McLeod. “She was a sponge for information and each and every year she took a few steps forward to get better.” While improving her own game and pushing herself to be her best was certainly high on her list of priorities, it wasn’t at the top of the list for Grace. That spot was reserved for the greater good of her team as a whole. Towards the end of her career, Glofcheskie battled injuries that limited her in both practice and in competition. Head coach Brandon McLeod recalls a forearm injury that resulted in Grace barely being able to grip a club. Coach McLeod told her that she should not practice and that it was ok if she missed out on the team’s competition the next day. Grace, who McLeod added “never complained once,” practiced anyways and was on the course the very next day. For her, it was simple decision to try to play through the pain…she did not want to let her team down.

On the course, Glofcheskie was hard to miss with her long blond hair and glowing personality. That same personality made her a tremendous employee in the Gryphons fitness centre where she worked as a Weight Room Supervisor from September of 2010 until December of 2013. Fitness Program Supervisor Lynne Skilton-Hayes adds, “We were truly blessed to have Grace as part of our team. She had an excellent work ethic, was reliable and had a very genuine desire to help people.”

The Grace Olivia Glofcheskie Memorial Fund has been established by Grace’s loving family to honour the memory of their daughter and sister. click here to to visit the Memorial Fund