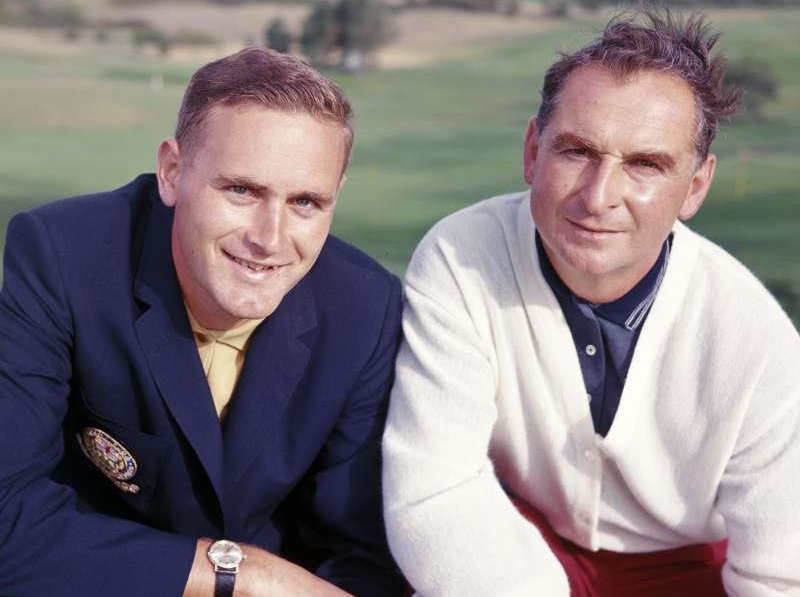 Little by little, greatness drips away from elite athletes as they grow old. Nick Weslock, however, did his best to squeeze out every last drop.

In fact, when he passed away six weeks before his 90th birthday in late October 2007 from an aortic aneurysm, the legendary Canadian amateur golfer had played a round of golf only a few days earlier, trying out a new set of clubs.

He still was searching for a more reliable swing well after a remarkable career that yielded more than 400 career victories. But he didn’t allow time to weaken his passion for the game nor diminish his skill.

For example, three of Weslock’s four Canadian Amateur Championship titles arrived in his late 40s and his final of 11 Ontario Amateur was celebrated four months before his 53rd birthday.

“Nick probably played his best golf in the late 1950s and 1960s when I was playing some of my best golf,” said Gary Cowan, one of Weslock’s closest rivals on the amateur scene. “You knew if you could beat him, you had a good chance to win the tournament.”

He particularly enjoyed testing his talents against the professionals. As a result of his four Canadian Amateur titles, he played in four Masters. He finished low amateur in the Canadian Open a remarkable 16 times, including a surge in 1947 that allowed him to finish third, four shots behind the winner, Bobby Locke of South Africa.

Weslock also won seven Ontario Opens against a field of mostly professional golfers he admired like his close friend Moe Norman. Yes, beating the pros always was special for Nick the Wedge, who earned the nickname because of his short-game prowess.

“Being an amateur and beating all the pros seven times was really something,” Weslock once said of his Ontario Open wins. “It gave me a lot of satisfaction.”

Weslock, who would have turned 98 on Dec. 13, also represented Canada more than 15 times at international team events like the World Team Amateur, the Commonwealth and Americas Cup, and played on 25 Ontario Willingdon Cup teams.

Born in Winnipeg as Nick Wisnick (he changed his name to Weslock in 1947), his family moved to Windsor, Ont. as a youth. It was there he fell for golf, caddying at the Essex Golf and Country Club. He liked to tell the story of how he once caddied for the colourful Walter Hagen, when the latter visited the acclaimed Essex layout.

After high school he worked in the then booming Windsor auto industry, learning the tool-making trade.

Weslock never turned pro. He had a successful business in Burlington, Ont. that made and developed components for assembly line systems, mostly in the automotive business.

As a result he had plenty of time to play golf and study the game. He had a library of film of the game’s best swings he devoured.

He loved to tinker with his equipment in his basement workshop. He also liked to talk to shop about his game with legends. A conversation with Masters champion and Canadian Open winner Gay Brewer or his close friend Moe Norman would send him to retrieve his little black book to jot down some notes.

Weslock had game, and gamesmanship.

Welsock was opinionated, too. But most of all, he loved hitting a wedge close or softly landing a long iron or finding a secret with his putting stroke.

“You can’t play this game just on natural swing ability,” he once said. “You’ve got to think about it and put everything in place.”

Mr. Weslock did just that on many occasions.