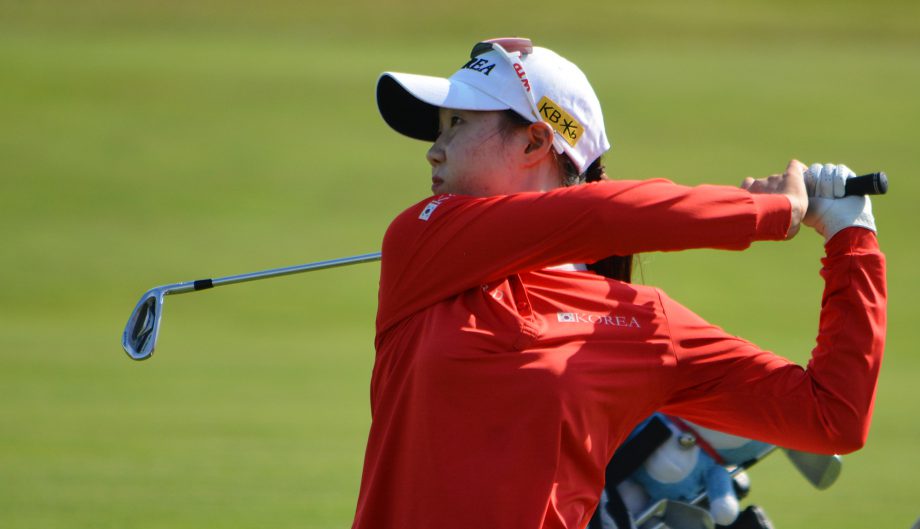 The Republic of Korea successfully battled the heat once again at The Marshes Golf Club, carding a 6-under 138 on Wednesday to extend their team lead through two rounds of the World Junior Girls Championship.

On the strength of Hae-Ran Ryu’s 4-under 68, the Koreans have built up a seven-stroke team advantage. The trio’s second-counting score was posted by the individual leader, Seo-yun Kwon, who maintained her first-round lead after carding five birdies on the day to move to 9 under for the tournament — good for a four-stroke cushion.

Wilson carded the low-round of the day with a six-birdie, 5-under-par effort.

“Everything was going well today, it was a stress-free round of golf,” said Wilson, who played in the inaugural World Junior Girls Championship in 2014. “My putter was hot today which was the biggest difference from yesterday. I hit one more green yesterday but I took five less shots today so it really was all because of the putter.”

The Korean squad are looking to mirror their success from the 2015 championship — also hosted at The Marshes — where they recorded an 18-stroke team victory. They are currently trailed by the Americans at 9 under and Germans at 7 under.

Céleste Dao of Notre-Dame-de-L’Île-Perrot, Que., posted four birdies on the day to lead all Canadians at even-par for the tournament (74-70).

“I had a good start, I was hitting the ball well but my long putts were the key,” said the 16-year-old Dao. “I was 3 under after the front nine, which was a great start for me.”

Playing for Canada on home soil was not lost on the reigning Quebec Women’s Amateur champion.

“It’s an honour for me to play for Canada at this tournament,” added Dao. “I know that the scores will be low because it is the best in the world competing but it doesn’t change how I approach my game. It is just great to compare my game with theirs.”

The third round of tournament play will begin at 8 a.m. Additional information and full results from the competition can be found here.