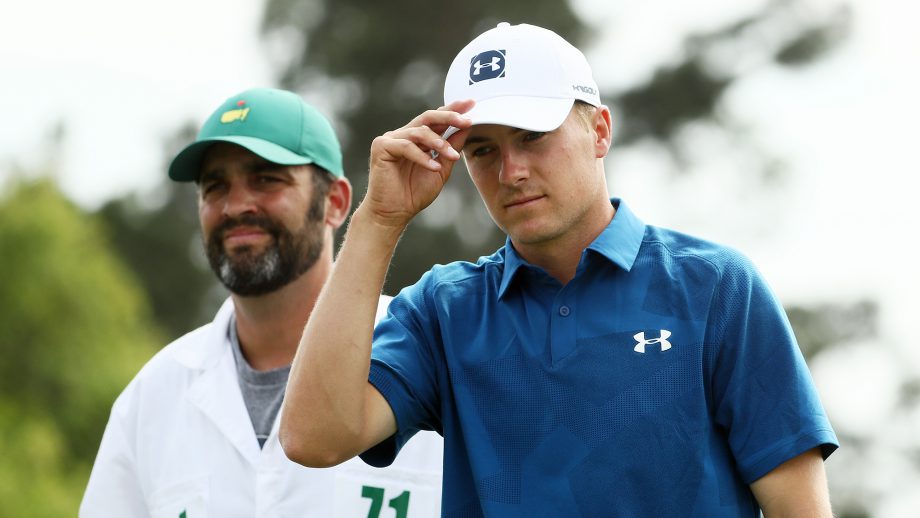 AUGUSTA, Ga. – Given Jordan Spieth’s past experiences at Augusta National, there was no reason to panic.

It was the front nine. It was the second round. It was nowhere near the worst he’s been through at the Masters.

So Spieth remained calm despite losing a two-shot lead on the first two holes. He excused it as typical “punches” from a daunting golf course in difficult conditions. He responded by making two birdies over the final six holes, helping him recover from the inauspicious start.

He finished with a 2-over 74 that left him 4 under for the tournament.

“I’ve taken a lot of punches on this golf course, and in tournaments in general,” Spieth said. “I told (caddy) Michael (Greller), ‘Look, when this course plays tough, I’m good for a double here or some bogeys there. Let’s make these the only ones.”’

Spieth began the day at 6 under. He squandered that before more than half the field teed off.

The 2015 Masters champion pushed his tee shot at the par-4 first way right. He failed to get his second shot back to the fairway and then left his third one short of the green. He missed an 11-footer for bogey.

He pulled his second tee shot left and then missed a 5-footer for par.

It opened the door for everyone else on the leaderboard. It also could have been a devastating start for Spieth.

But he took it in stride, chatting with his caddy and talking to himself to not get overly frustrated.

The rough start probably should have been expected given what Spieth endured at Augusta National just two years ago.

Spieth’s tee shot came up short, landed on a downslope and hopped into Rae’s Creek. He then took a drop and hit a fat wedge that also splashed. Spieth settled for a quadruple-bogey 7 and lost his lead to Danny Willett.

Spieth recovered with by making two birdies over the last six holes, but it wasn’t enough. He finished second, three shots back of Willett.

Compared to that, this was nothing.

“So what’s the first couple holes on a Friday start mean? It doesn’t really mean much to me. It means let’s figure out what was wrong and fix it. But it’s not going to affect the outcome of this tournament off of those two holes. I’m still in a great position.”

Spieth credited a par save at No. 9 with turning around his day.

After his tee shot landed in a foot in the right rough, he flew the green with his second shot. He putted from the fringe to 6 feet and then drained it, flashing the kind of putter prowess that carried him (10 putts) on the back nine in the opening round Thursday.

“I thought that my two-putt save on No. 9 was really, really big,” he said. “When that went in, I thought, ‘OK, forget about everything that’s happened here. Let’s try and shoot 2 under on the back nine.’ And that was the goal, and, you know, I almost did one better there.”

And now he’s headed into the weekend feeling confident he’s got a shot at slipping on a second green jacket.

“To come back from 3 over through two holes and only shoot 2 over with a limited number of (good) looks, it’s not so bad,” he said. “I’m still in this golf tournament. With the way the back nine was playing today, the wheels could have come off there. But I made some nice par saves and was able to grind out some phenomenal second-shot iron shots and good two-putt birdies.”