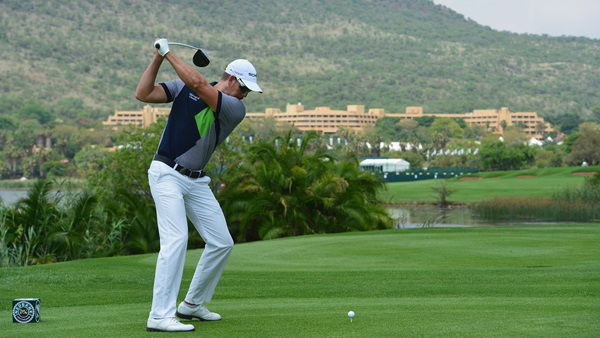 SUN CITY, South Africa – Ten days away from golf was just about enough for Henrik Stenson to get his “funky” right wrist back to being close to healthy.

Stenson knows he needs more time to recover fully, but when he’s in this kind of form it’s easy to understand why the Swede doesn’t want to slow down.

The hottest golfer in the world is returning after a brief end-of-season break for this week’s Nedbank Golf Challenge at Sun City, hoping to continue the kind of play that earned him both the FedEx Cup and the European money title this year.

“It’s going to take some golfing to keep this up, what I managed to achieve this year,” Stenson said Wednesday at the casino resort in northern South Africa. “It’s been a dream year and a fantastic season for me. I’m still having little niggles, but it (the wrist) still seems to be fine to play and hit. I hope we can keep my body together.

“This is my 30th event this year and I’m in serious need of rest, but we’ll try to mobilize for the last little bit.”

If he needs any kind of reminder for how quickly fortunes can change, the third-ranked Stenson only needs to think back to his last tournament in South Africa at the end of 2012. Back then, his ranking had plummeted and he hadn’t won a title in 3 1/2 years, but his victory at the South African Open helped spark his historic run this year.

Whether he can earn another title at Sun City – where he won by nine shots in 2008 – will depend on “how much energy we can mobilize,” Stenson said.

Nedbank is a tougher test this year, as well, with the field having been increased from 12 to 30 players this year and the tournament being part of the 2014 European Tour schedule. U.S. Open champion Justin Rose, former No. 1 Luke Donald, Sergio Garcia and major winners Charl Schwartzel, Ernie Els, Louis Oosthuizen and defending champion Martin Kaymer are among the starters.

The 37-year-old Stenson played through the pain in his wrist during the final swing of the European Tour last month to keep his lead in the Race to Dubai standings _ with the help of pain killers, anti-inflammatories and plenty of ice. His last few weeks have been more about recovering than celebrating.

“I have spent more time in the ice bucket than a bottle of Moet & Chandon over the last month,” he said earlier this week.

Having sprayed his share of champagne this season, though, Stenson is now facing constant questions over when he’ll win his first major. And for next year, that’s definitely one of the goals.

“The majors are the next step for me. I’ve won great tournaments on both the PGA and European Tours,” he said. “I won both the Order of Merits and played in the Ryder Cup team. … I’ve pretty much achieved everything in the game that I want to except for winning a major championship. I must keep on working on my game and following up on a great season.

“(But) There are a couple of traps and I think expectation is one of them. Another is handling my time. The demand for my time is probably five times as much now as it was six months ago. When you’re flavour of the month everyone wants a piece of you … and if you don’t get rest and practice in then it will show up in your game. It will be key to look after those areas.”

And after Sun City, Stenson will follow his own advice and finally take an extended break.