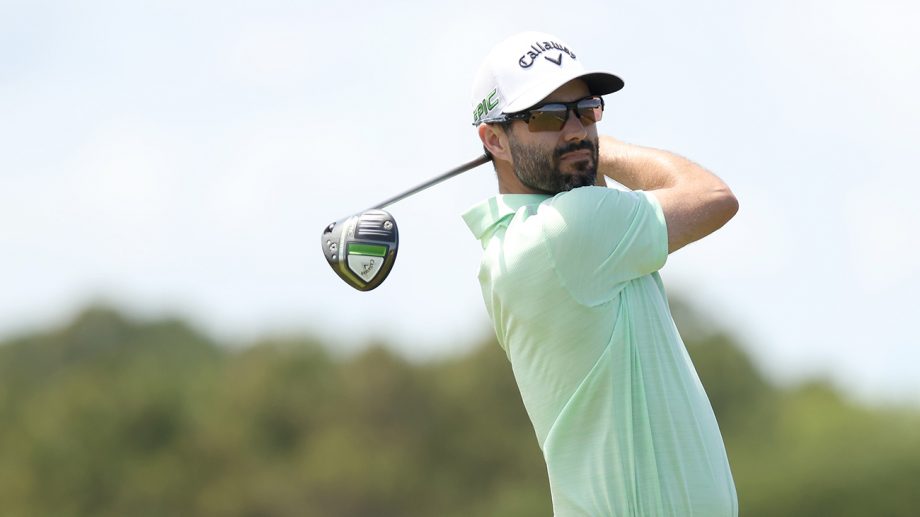 KIAWAH ISLAND, SOUTH CAROLINA - MAY 19: Adam Hadwin of Canada plays his shot from the 16th tee during a practice round prior to the 2021 PGA Championship at Kiawah Island Resort's Ocean Course on May 19, 2021 in Kiawah Island, South Carolina. (Photo by Gregory Shamus/Getty Images)
Associated Press

FORT WORTH, Texas (AP) – Jordan Spieth knows how to finish right out of the rough, and still had the lead after three rounds at Colonial.

After hitting his final drive Saturday into the thick grass on an incline right of the No. 18 fairway, Spieth recovered with an approach to 8 feet before rolling in the birdie putt that gave him the solo lead again over playing partner Jason Kokrak in the final group at the the Charles Schwab Challenge.

Local favorite Spieth had his second consecutive round of 4-under 66 to get to 15 under at Colonial, where he was the 2016 champion and has been a runner-up two times. He led by one stroke over Kokrak, who had matched him for the lead with four birdies in a six-hole stretch before his closing par in his round of 66.

The resurgent Spieth has the 54-hole lead for a PGA Tour best-matching fourth time this season, all in a span of 11 tournaments. That stretch includes his win at the Valero Texas Open, the first time he had won since the 2017 British Open.

Sergio Garcia, who was 21 when he got the first of his 11 PGA Tour victories at Colonial 20 years ago, was alone in third at 10 under after a 68 with one bogey.

Ian Poulter had the best round of the day with a 64 after getting started with four birdies in a five-hole stretch on the front nine, moving up 26 spots into a tie for fourth at 8 under with Sebastian Munoz (70). Two-time heart transplant recipient Erik Compton was tied for sixth at 7 under with Brendon Todd and Patton Kizzire.

Midway through the round, Spieth had another recovery out of the right rough, almost as impressive as his final hole even though that was only a par.

Coming off his second bogey of the day, Spieth pulled out a driver and missed the fairway, leaving no shot to the No. 9 green fronted by water. He punched a shot safely into the fairway, pitched over the water to 12 feet and rolled in the par putt.

Kokrak, who is 35th in the world ranking and only seven spots behind Spieth, birdied the first two holes of the day to match the lead at 12 under.

Spieth made a 13-foot birdie putt at the long, difficult par-3 No. 4 hole, but at the No. 5 hole that runs parallel to the Trinity River hit his first two shots both into the left rough and had first bogey in 41 holes at Hogan’s Alley this week. He got that stroke right back, and stretched the lead to three strokes with his 21-foot birdie at No. 6, where Kokrak had his second consecutive bogey.

Both players had birdies at No. 15, Kokrak getting even at 13 under only for seconds before Spieth’s birdie there. Korkrak caught up again at 14 under with a 13-foot birdie at No. 17, and was in the middle of the fairway at No. 18 when his playing partner went way right.

They will play again in the final group Sunday.

The 36-year-old Kokrak got his first career victory in the CJ Cup at Shadow Creek in Las Vegas in October. That was after he tied for third at Colonial last June, when the Charles Schwab Challenge that marked the PGA Tour’s resumption of competition after a 12-week pause because of the COVID-19 pandemic.