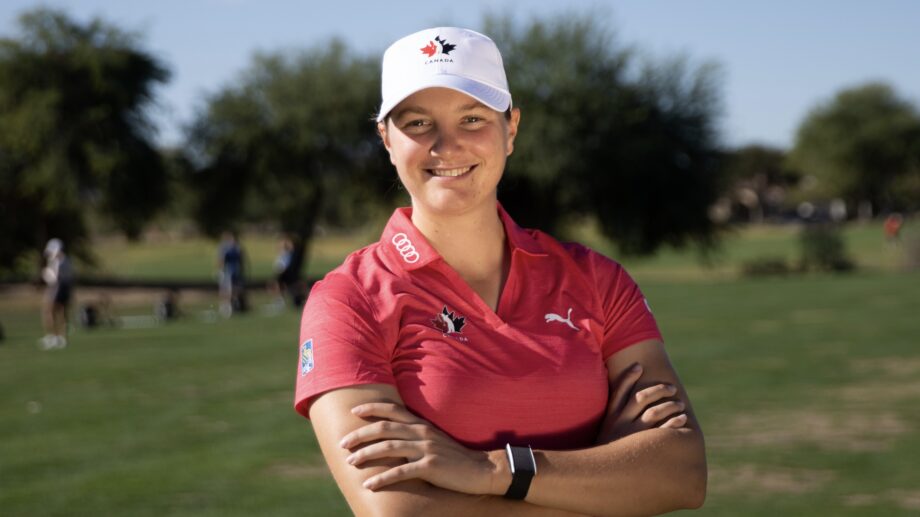 The amateur golfer from Quebec City won the Glencoe Invitational in Calgary on June 18 with a tournament-best 65 in the third and final round. Rheaume then almost duplicated the feat on July 1, firing a tournament-best 66 on the final day of the PGA Women’s Championship of Canada.

That victory earned Rheaume a berth into the CP Women’s Open, Canada’s national women’s golf championship. It will be her first-ever LPGA Tour event.

“I just had a lot of confidence heading into the final day (of the PGA Women’s Championship of Canada),” said the 22-year-old Rheaume. “I’ve been confident over most of the shots, I’m chipping well around the greens.

“Last round of the Glencoe I played really well to get that going, just seeing the putts rolling in.”

Rheaume finished the PGA Women’s Championship of Canada at 12-under 207, three shots ahead of Min-G Kim and eight shots better than Rebecca Lee-Bentham of Markham, Ont., who finished third.

The 22-year-old Rheaume said Wednesday that she wasn’t intimidated by some of the big names at the event.

“There’s a bunch of good players everywhere, so I just kind of stay focused on my game plan and do my thing and then see how it goes at the end,” said Rheaume.