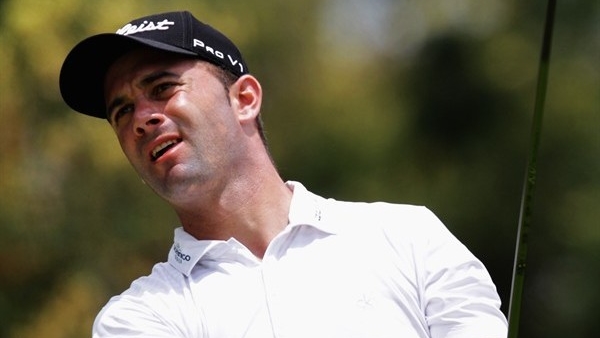 EAST LONDON, South Africa – Ricardo Santos of Portugal fired a 9-under 62 for a two-shot lead in the first round of the Africa Open on Thursday.

Santos had five birdies going out and four birdies coming in for a flawless opening round at East London Golf Club.

Americans Brinson Paolini and John Hahn were among a group of six players tied for sixth, three off Santos’ lead.

Santos was the 2012 rookie of the year on the European Tour and has a decent record in South Africa with top-30 finishes in his last five events.

“I’m very pleased to make a run like I did today,” he said. “I hit the ball solidly from the tee and my putting was all good. To shoot minus nine you have to play awesome golf.”

One of the last finishers, Santos overtook the field with three birdies in his last five holes after starting on No. 10. They ensured he was two clear of the chasing pack, which includes one of the home favourites, Mulroy. Mulroy had an eagle on No. 3, six birdies and a bogey.

Early leader Santos is one of a string of foreigners fighting home player dominance in South Africa. The four previous Africa Opens have been won by South Africans and George Coetzee’s victory at the Joburg Open last week was the ninth home win in the last 12 tour events in the country.