Canada’s Richard Lee has share of lead in Thailand 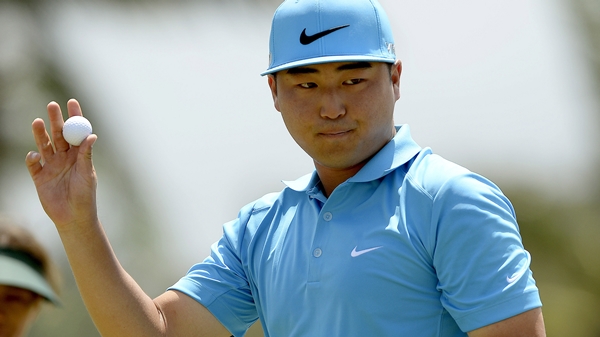 CHONBURI, Thailand —  Toronto’s Richard Lee only needed 24 putts to card a 3-under 69 and move into a four-way tie atop the leaderboard at the Asian Tour’s Thailand Golf Championship.

The 24-year-old prodigy who carded a 62 in the B.C. Junior at the age of 12, recorded his first victory as a professional at the Solaire Open earlier in 2014.

Local player Thanyakorn Khrongpha, Lu Wei-chih of Taiwan, and Marcus Fraser of Australia, who chipped in for birdie on the 18th hole, also shot 69s and share the lead at the Asian Tour event.

Lee Westwood, who had the best round among the star names at the event with a 70, sits one shot back of the leaders, while Sergio Garcia and Martin Kaymer both trail by two strokes.