Rickie’s ace is big win for Els for Autism 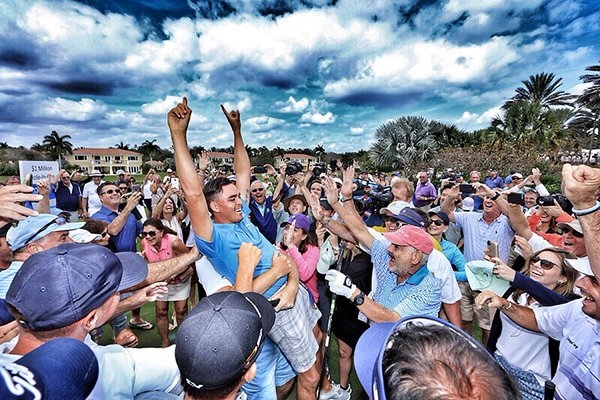 Rickie Fowler came through in the clutch again, and this one paid off handsomely.

Fowler was among several PGA Tour players who took part in the Cigar Aficionado-Wine Spectator Pro-Am on Monday at Old Palm Golf Club for Ernie Els and his “Els for Autism.” When it was over, all the players got one shot on the 19th hole to win $1 million for the charity if they made a hole-in-one.

According to Golf Channel, Fowler wasn’t wearing golf shoes and he had to borrow a wedge from Luke Donald.

The shot went in the hole, and the crowd erupted. The wild scene of high-fives ended with Els hoisting Fowler as if he had just made the game-winner. Which he did.

Fowler said on Twitter, “One of the coolest moments in my career no question!! So cool & pumped what we able to help raise yesterday!!”