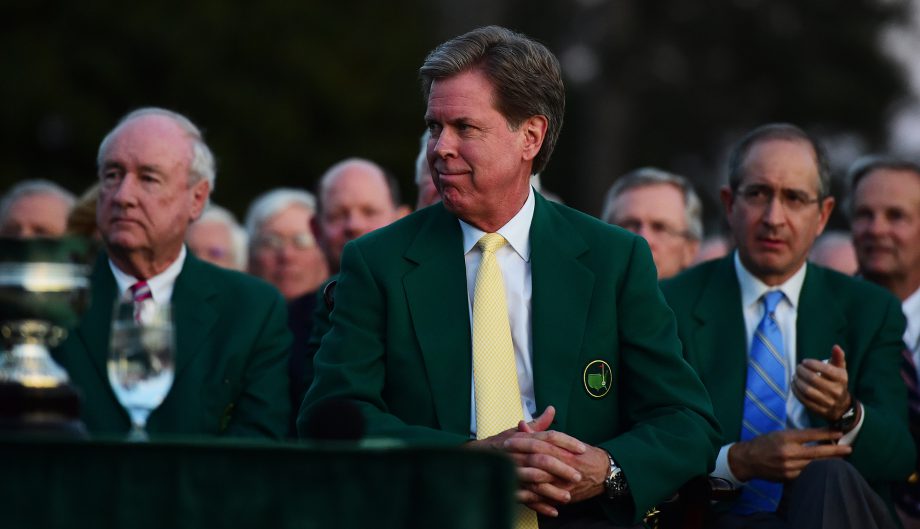 Fred Ridley recalls soaking up the ambience of Augusta National a week before his debut in the 1976 Masters as the U.S. Amateur champion. He was alone under the massive oak tree next to the clubhouse when he turned around and realized he had company.

Clifford Roberts, co-founder of the club and the first chairman of the Masters, was standing behind him.

“I kind of jumped and thought, ‘Oh God, what have I done?'” Ridley said. “We had a nice conversation. The interesting thing was, we were leaving and he says, ‘Now young man, you’re going to be playing in the Par 3 next Wednesday. You make sure you get some practice over there.’ He loved the Par 3. That was my recollection of the only conversation I had with him.”

Forty-one years later, Ridley is the seventh chairman in the 85-year history of Augusta National.

He took over Monday when the club re-opened for a new season.

The culmination of a lifetime's passion. Get to know Augusta National’s seventh Chairman, Fred Ridley. pic.twitter.com/764RwUKWnu

Ridley, a 65-year-old business lawyer from Tampa, Florida, succeeds Billy Payne, who is retiring after 11 years. Payne’s tenure was marked by the club inviting female members for the first time, and for creating events geared toward American youth (Drive, Chip and Putt) and two amateur events in Asia and Latin America that offer the winners a spot in the Masters.

Payne, who chose Ridley as his successor, becomes chairman emeritus.

Starting with that chance meeting with Roberts under the oak tree, Ridley says he has met every chairman who preceded him and knew most of them well. What he took from Payne was the value of relationships and the willingness to share credit.

“The worst thing I can do is try to be Billy Payne, other than his accomplishments and his drive to be the best,” he said.

Ridley was not specific on any changes or initiatives he had in mind for the club, saying only that he would lean on the principle established by Roberts and Bobby Jones.

Augusta National recently acquired land from adjacent Augusta Country Club that would allow it to expand the par-5 13th hole, which now is 510 yards.

“We are looking at whether we’re going to do anything,” Ridley said. “We just haven’t made any decisions.”

He also was reserved about how the club felt about the distance the modern professional is hitting the golf ball, referring only to a good relationship with golf’s two governing bodies, the USGA and the Royal & Ancient.

“We’re interested in that issue,” he said. “It’s not my place to talk about what’s good and not good for the game. I might have opinions, but I’m not the person to talk about it. What I can talk about is what’s good for Augusta National and our golf course. Going back to the guiding principles, again, I believe that the philosophies that Jones and (Alister) MacKenzie established here are timeless.”

Ridley is the second Augusta National chairman, along with Hord Hardin, to have served as USGA president. He has not stayed active with the USGA, where executives are known for their blue blazers, saying that “my jacket has been green for quite some time.”

Ridley was USGA president in 2004 when the final round of the U.S. Open was marred by the overly baked condition of the greens at Shinnecock Hills and a pin position at the par-3 seventh that made it impossible for anyone to hold the green without putting water on it.

He was not directly in charge of the golf course, but “I was the president, so the buck stops there.”

He was chairman of the competition committees at the Masters for the last 10 years, making him responsible for a rules controversy involving Tiger Woods in 2013.

Woods hit a wedge off the pin and into the water on the par-5 15th. He dropped from an incorrect spot, which was spotted by a television viewer, David Eger, a former USGA and PGA Tour rules official. When word got to Ridley, he said he viewed the drop and did not see a violation.

Only after more questions were raised did the rules committee realize Woods should been penalized. Woods was given a two-shot penalty but spared disqualification for signing an incorrect card because Ridley said officials made a mistake by not speaking to Woods.

“I think anytime you get involved in a complicated situation you learn,” Ridley said. “I think we were pretty transparent when we told the media what happened, what we did, how we resolved it. But yeah, we learn things all the time. I try not to look backward other than to learn.”