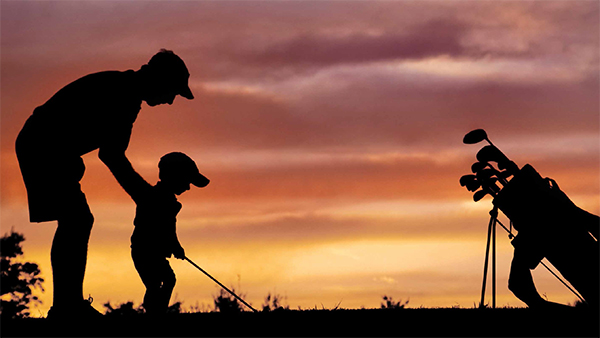 It could be considered golf’s equivalent of “from the cradle to the grave.”

Officially known as “Long-Term Player Development 2.0,” this publication was released during Golf Canada’s annual meeting in February and its significance cannot be overemphasized.  In fact, PGA of Canada Technical Director Glenn Cundari says this country is already seeing “the fruits of our labours” from the first iteration of the plan on both the amateur and professional fronts.

“We started working on the first version in 2006,” says Cundari, who, along with numerous other experts, was an integral part of producing not only the guide itself, but also the ancillary materials that support it. He says his informal analysis shows that the success of Canadian male and female golfers started to curve upward not long after. Anyone who has been paying attention over the past few years can’t disagree.

While the latest version includes numerous refinements, he says the underlying intent remains the same as it was nine years ago. “We must create a culture of doing the right thing at the right time. We have to think long-term and that is a challenge for parents, tours, media, everyone … even the players themselves. Everyone worries about ‘right now’.”

To that end, shortly after Golf Canada was designated as the National Sports Organization for the game by Sport Canada in 2005, a team of acknowledged experts from various fields was assembled. With Golf Canada and the PGA of Canada leading the golf effort, people like Dr. Stephen Norris, vice-president of WinSport Canada, and Dr. Istvan Balyi, a world-renowned sports scientist with Canadian Sport For Life, were brought onboard to provide their proven proficiency in lifelong athlete development.

Balyi was on hand at the Golf Canada meetings to unveil the new Long-Term Player Development 2.0 Guide, along with Cundari and Golf Canada Chief Sport Officer Jeff Thompson. As one of the architects of the long-term athlete development (LTAD) model, Balyi has served as an advisor for 50 sports in seven countries and facilitated the use of LTAD for more than 20 countries. So while he may not know golf per se, he sure understands player development.

That process, he said in a 2013 article in Active For Life, “involves a somewhat complex array of sport science and best practices in coaching to optimize how we develop athletes in Canada. But it really has one simple purpose: to get our kids doing the right thing at the right times under the right conditions during their development.”

For evidence of his influence, you need look no further than how the Long-Term Player Development 2.0 Guide is organized. The 80-page spiral-bound booklet describes seven age-based “developmental stages of the competitive pathway” under the heading “Golf For Life”: Active Start, Fundamentals, Learn to Golf, Introduction to Competition, Learn to Compete, Train to Compete and Compete to Win. In tune with the “Golf For Life” theme, it starts at birth and theoretically continues to … well, you know.

This is not to say the Long-Term Player Development 2.0 Guide is the “be-all and end-all” when it comes to creating competitive golfers in Canada. It is, says Golf Canada’s Thompson, “the backbone, the blueprint, the framework from which to build programming. It is an ongoing process.”

Indeed, the Guide itself states that its purpose is to bring “a continued focus on working towards developing the potential of every golfer in Canada while simultaneously increasing participation in the sport.”

It also admits that these “lofty but attainable goals” will not be reached without buy-in by all stakeholders. That includes not only national organizations such as Golf Canada and the PGA of Canada, but club professionals, course owners, administrators and parents. “Synergies can result from positively harnessing the different roles and responsibilities of each stakeholder in order to both ensure and progress the future of golf in Canada.”

While Cundari says his fellow PGA of Canada members have supported the LTPD concept, he admits that widespread awareness of the program leaves something to be desired. That should change, given the fact that the Guide can be purchased for a nominal cost from the Golf Canada web site where a downloadable PDF version is also available. An innovative mobile app has been developed and other supporting resources, including videos, are available at golfcanada.ca/LTPD, not just for accredited instructors and coaches, but for parents and other interested parties.

Those “interested parties” may include Community Golf Coaches, a new concept also unveiled at the Golf Canada annual meeting in February.

Community Golf Coach is a training program designed by the PGA of Canada in conjunction with the Coaching Association of Canada (CAC) and Golf Canada to develop and educate individuals at the community sport level, particularly volunteers and parents.

The Community Golf Coach training, supported by CN Future Links, is a workshop is designed for the individual who works with children or youth to introduce the basic skills of golf to them. The program’s goal is to train volunteers to lead games and activities in a way that is suitable for children, deliver pre-designed Future Links lesson plans in an effective manner, deliver Levels 1-3 of the CN Future Links Learn to Play program, assist your local PGA of Canada professional to deliver Levels 4-7 of the Learn to Play Program, become a key volunteer for your provincial golf association, and be recognized by your provincial sport association as a trained coach in the CAC database. More details are available from your provincial golf association.

“We have to take the vision that everyone who cares about golf in this country has and make it a reality,” says Golf Canada CEO Scott Simmons. “LTPD is one way that helps us achieve that reality. It is a cooperative effort and we need everyone involved in the game to adopt that vision.”