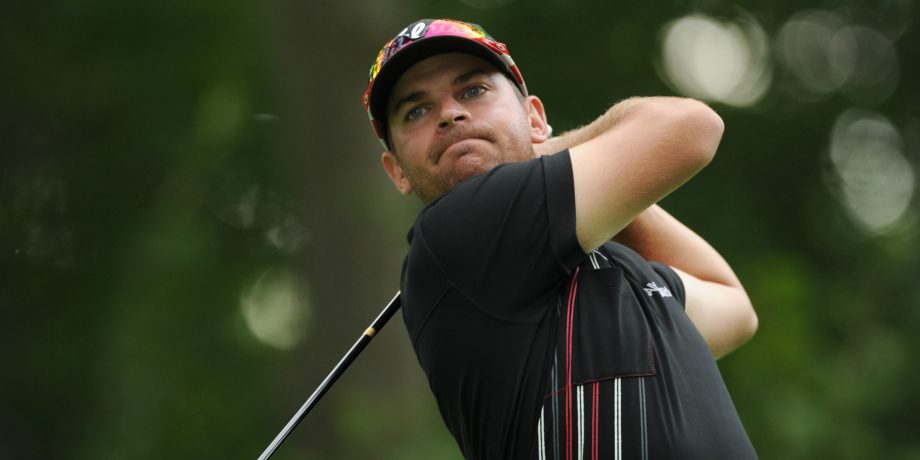 After 36-holes Riley Wheeldon, of Comox B.C, has climbed near the top of the leaderboard at Mackenzie Tour Q-School at Crown Isle Resort and Golf Community. His second round 68 has him in a tie for fifth at 7-under par

Wheeldon, a member of The Five in 2013, has nine career top-10 finishes on the Mackenzie Tour. He grew up playing Crown Isle, which is located in his hometown of Comox.

“For the most part I’m hitting a lot of greens, so I’ve got a lot of birdie looks. I haven’t had too many chances to make bogey,” said Wheeldon. “I definitely think there’s a lot of chances to go a bit lower, too, so that’s been encouraging.”

Tacoma, Washington’s Derek Barron, who shot a 6-under 66 is in the lead. He’s four shots clear of Wheeldon, at 11-under par.

Last year the 32-year old Barron, decided to give becoming a touring professional a try after winning several events as a member of the Pacific Northwest PGA Section. He was bogey free for the second straight day and recorded four birdies and an eagle. He leads by one over Santiago, Chile’s Hugo Leon.

“I actually hit my irons better and made a few less putts today, but I’m not going to be picky. I’m playing some really solid golf right now and it feels easy,” said Barron.

Leon, who led by one after 18 holes and had ankle surgery just over three months ago, shot a 68 to sit one stroke back.

“I took advantage of the par-5s,” said Leon. “It could have gone both ways. I was 3-under through nine and lipped out or touched the hole a couple of times before going back to 2-under, but I knew I was playing good so I just kept it up.”

Bear, Delaware’s Eric Onesi, who won the 2015 Qualifying Tournament at Crown Isle, carded a 68 and sits two strokes behind Barron in solo third, at 9-under.

Stead is a graduate of the powerhouse Camosun Chargers golf team, and Budd is continuing his strong play, after finishing T9 at a PGA TOUR latinoamérica event in April.

Hamilton, a graduate of Team Canada’s National Squad, turned professional in September after four top-10s in his final NCAA season at the University of Houston.

Below is a list of the exemptions available at Crown Isle this weekend.