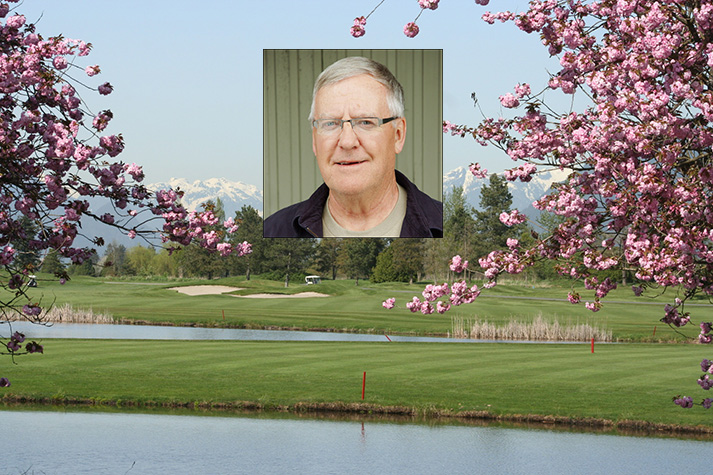 Kent Gilchrist covered just about everything in a sportswriting career that spanned more than 40 years, but he had a particular affinity for golf. Not just the game, but the people who played it.

Gilchrist, known as Cookie to his countless friends, died at his New Westminster home Wednesday night after a lengthy illness. He was 72. Cookie was larger than life. He could light up a room and fill it with laughter. He seemed to know everyone.

Doug Roxburgh, the 13-time B.C. Amateur winner, was shocked to learn of Gilchrist’s death after his round Thursday at the B.C. Amateur Championship at Storey Creek Golf Club in Campbell River.

“I have so many great memories of Cookie,” Roxburgh said. “I can remember talking to him so many times like this after a round at the B.C. Amateur. Cookie always had a smile on his face. He just really enjoyed talking to the players and was a golfer himself. He kind of lived a little of his golf through the people he covered.”

Gilchrist was born in Souris, Man., and worked at the Brandon Sun, Regina Leader-Post and Winnipeg Free Press before moving west in 1973. He worked briefly for the Vancouver Sun before moving down the hall to The Province, where he spent 37 years before retiring in 2010.

Gilchrist served a stint as sports editor, covered the B.C. Lions and many other sports, including curling and horse-racing, and eventually became a general sports columnist at the newspaper.

For many years he returned to his boyhood home to play in the annual Grey Owl golf tournament in Clear Lake, Man. Kris Jonasson, chief executive officer of British Columbia Golf, accompanied Gilchrist on one of those Grey Owl trips. “Cookie was a storyteller,” Jonasson said. “All great reporters should be storytellers. But in addition to being a storyteller, Cookie created stories and there are a lot of great stories about things that he did during his career. I am really happy that I got to know him, I am happy I got to travel with him and he is somebody that will be missed.”

Gilchrist covered golf whenever he had the opportunity. He was a fixture at Northview Golf Club in Surrey during the seven-year run of the Greater Vancouver Open/Air Canada Championship, worked both of the Canadian Opens held at Shaughnessy Golf & Country Club in 2006 and 2011 and LPGA Tour events at Vancouver Golf Club and Point Grey. He was a big supporter of amateur golf in British Columbia.

Gilchrist was inducted into the Canadian Football Hall of Fame in 2005, the B.C. Football Hall of Fame in 2017 and was awarded the Northwest Golf Media Association’s Distinguished Service Award in 2015. His many friends in the media industry paid tribute to him after news of his death was announced by longtime friend and former BCTV/Global sportscaster Bernie Pascall.

“It is devastating,” Pascall said. “He was a fun guy to be around and we’ll all miss him. With Cookie, the emphasis was always on fun, but he was always a very dedicated journalist and well respected. I travelled some early football trips with him. He liked to enjoy a good meal and a good time, but the job was of utmost importance to him and he was very focused on what he did. I don’t think he had an enemy in the world. He had friends everywhere.”

We covered many tournaments together and played lots of golf. He always put a smile on my face. We had lots of laughs. He had struggled with his health in recent years. After a battle with throat cancer, Gilchrist battled respiratory issues and had recently spent time in hospital following a heart attack.

Gilchrist is survived by his wife, Lesley, son Riley, daughter Rebecca and four grandchildren. The entire family had spent considerable time with him in recent weeks. No immediate service is planned.