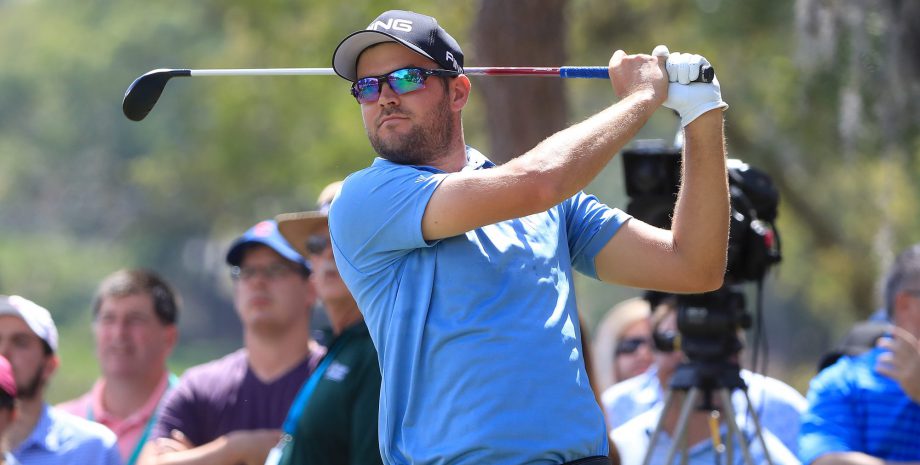 Conners was in a position to become just the second rookie to win on Tour in the 2017-18 season – and the first Canadian since Adam Hadwin captured the same event last year – and a win for the first-year golfer would go a long way. He’d secure his Tour card for two years, he’d get into the Masters and there would be a US$1.1 million payday.

Those thoughts faded as Sunday’s round wore on. Conners shot his worst round of the week, a 6-over-par 77, and finished tied for 16th well back of Paul Casey’s winning mark of 10-under.

The 26-year-old from Listowel, Ont., is looking at the tournament as a stepping stone as his rookie season continues.

“I always believed that I could contend and get myself in the mix, but to have done it is awesome. I take a lot of confidence from that,” he said Monday from his home in West Palm Beach, Fla.

Conners almost didn’t make it into the field last week, listed as the third alternate because of his status on the PGA TOUR’s priority list.

After a few golfers withdrew, Conners got a call from the PGA TOUR last Monday saying he was in. As he teed off in the first round, he felt he was playing with nothing to lose.

He only got to play one practice round, but Conners – who has a degree in actuary mathematics, essentially the study and analysis of risk – didn’t mind.

“I just tried to take some good notes on how to tackle the course and I feel like it was pretty effective,” he said.

Conners, who moved up 89 spots to No. 519 in the Official World Golf Ranking thanks to his finish, had a number of supporters last week in Tampa, Fla. Golf Canada CEO Laurence Applebaum said he was impressed to see how Conners handled such a big moment so early in his career.

“There is no doubt he can take so much away from this experience and will be better for it,” Applebaum said.

A group from Conners’ home golf course in Listowel, about two hours from Toronto, flew down Saturday morning. Fellow Golf Canada team member (and fellow Kent State University alum) Taylor Pendrith also flew from Toronto to Tampa once it was confirmed Conners would be in the final group of the day.

Another Golf Canada and Kent State teammate, Mackenzie Hughes, had missed the cut Friday, but stuck around on the weekend. He was in the gallery Sunday to cheer on Conners, and, as a PGA Tour winner himself, said Conners has all the tools to eventually win as well.

“It doesn’t surprise me to see that Corey is good enough to win on the PGA TOUR? I knew that as soon as he got out here,” said Hughes. “But it probably takes him seeing that and being there to fully believe it. You always believe that you are (good enough), but until you put yourself there, around a lead, that’s when you fully grasp that you know you’re good enough.”

Conners said he received some words of encouragement from his fellow players and a lot of nice messages from his friends before teeing it up Sunday, calling the support “hard to describe.:

He admitted there wasn’t much for the crowd to cheer for Sunday as he made no birdies and didn’t recover from bogeys two of his first three holes, but what he learned this week will be invaluable moving forward.

“I was able to stay in the game pretty well. I was happy about that, but didn’t play like I wanted to,” he said of his round on Sunday.

“I’ll look back on the experience from the final round and just make sure I’m really focused the next time I’m in that position and make good decisions and commit to shots. It’s definitely an experience I’ll look back on in the future, and something I’ll get a lot of confidence from.”