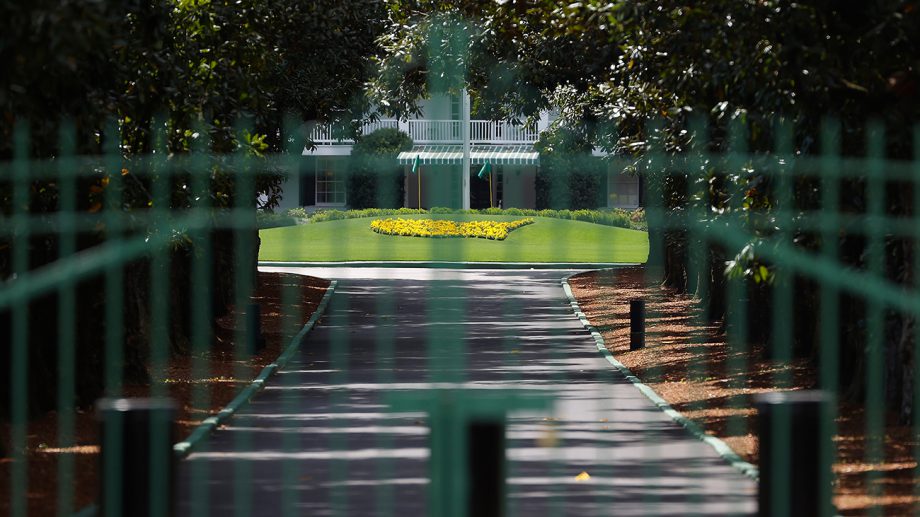 This is no ordinary road to the Masters.

Instead of the tropical warmth of Florida in the spring, it starts in the hot desert air of Nevada in October.

Instead of a series of PGA Tour events some 500 miles south of Augusta National with an occasional detour into Texas, this road starts 2,000 to the west, heads out to the middle of the Atlantic Ocean and then back over to Houston.

What hasn’t changed is the top players are back in action with Georgia on their minds.

It starts Thursday with the CJ Cup at Shadow Creek, typically held in South Korea and now part of an Asia swing that moved this year to the western U.S. because of the COVID-19 pandemic. Four of the top five players in the world are at Shadow Creek, with top-ranked Dustin Johnson pulling out after his positive test for the coronavirus.

It’s different, just like the entire year in just about every sport.

Rory McIlroy thinks Shadow Creek might be even better than what Florida offers because of the bentgrass greens that are fast with big slopes.

“It’s not a bad place to prepare for Augusta,” McIlroy said Wednesday. “Climate’s going to be a bit different, but it’s not bad preparation. Obviously, it’s on the other side of the country. But when you think about the courses that we play leading up to Augusta, they’re all Bermuda for the most part. It’s Florida. It’s a different test and a different setup.

“I think here this week and Sherwood next week, I think that’s going to be a lot of guys’ last event before Augusta.”

Most of them are happy to have the opportunity.

The CJ Cup (South Korea) and the Zozo Championship (Japan) likely would not have attracted top players unwilling to travel that far during a pandemic, especially with the Masters having been pushed back to November. Both tournaments have limited fields with no cuts and big money.

The Zozo Championship next week is at Sherwood Country Club in Thousand Oaks, California. That will be followed by the Bermuda Championship and Houston Open ahead of the Masters on Nov. 12-15.

“I think a lot of guys are really happy that they’ve got these two events to play and see where their game is,” McIlroy said. “These are obviously big events in their own right, but looking ahead for a few week’s time.”

Shadow Creek adds to the prestige as the elite club in Las Vegas, a Tom Fazio-design with a list of members that range from former U.S. presidents to Michael Jordan and Derek Jeter to actors Sylvester Stallone and Matt Damon.

The condition is mint. Justin Rose said they were the best greens he has played this side of Augusta National and Muirfield Village, home of the Memorial.

It last was seen on television two years ago when Phil Mickelson beat Tiger Woods in a $9 million winner-take-all match as golf delved into pay-per-view, which turned out to be free because of technical glitches.

“I definitely look at that as our key event this fall,” Rickie Fowler said. “With CJ bringing the tournament here to Shadow, I think is is actually a great place to have a little checkpoint of where things are leading up to Augusta. The greens could be fairly similar in areas to what we may see at Augusta.”

The CJ Cup marks the return of Brooks Koepka after two months off to heal a left hip injury, a byproduct of a knee injury he had been dealing with since last year. Several others, such as defending champion Justin Thomas, Jon Rahm and Xander Schauffele, have not played since the U.S. Open.

Rose, Shane Lowery and Tommy Fleetwood are among those who were outside London last week for the European Tour flagship event, finding it well worth it to cross eight time zones to tee it up at Shadow Creek.

As much emphasis as there is on the greens, McIlroy arrived in Las Vegas talking about length _ specifically Bryson DeChambeau’s method of hitting it as far as he could on his way to winning the U.S. Open.

McIlroy isn’t about to add 40 pounds of muscle and mass. But he is trying to add speed to his swing, even if he doesn’t catch up to the 200 mph ball speed DeChambeau is approaching.

“Having length is an advantage and I’ve always been pretty long,” McIlroy said. “I think what I want to do is at least know that I have it if I need it. I’m not going to try to do it all the time, I’m not trying to get my ball speed into the 190s every time I hit a driver, but at least I know that if I need to do it, I can do it.”

DeChambeau is home in Dallas for a month working on a 48-inch driver for the Masters. McIlroy is at Shadow Creek and Sherwood the next two weeks. Both are thinking about the Masters in their own way.