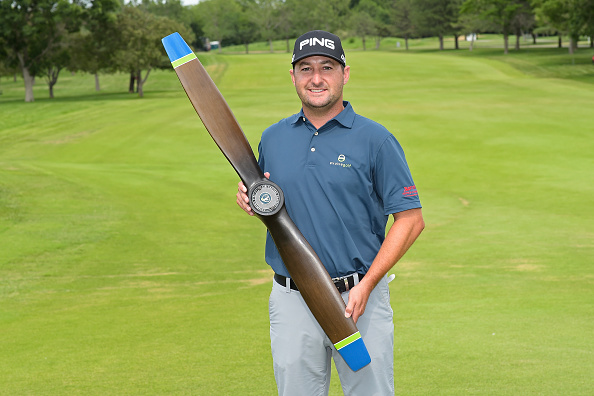 WICHITA, Kansas – Rob Oppenheim won the Air Capital Classic on Sunday for his first Web.com Tour title, closing with a 6-under 66 for a one-stroke victory over Andy Winings.

The 35-year-old Oppenheim finished at 13-under 267 at Crestview Country Club. He made a 25-foot eagle putt on the par-5 14th and closed with four straight pars, finishing more than an hour in front of the final pairing.

“You never know out here,” Oppenheim said. “It’s a lot less pressure and definitely easier playing from where I was than being in the lead. The leaders don’t want to make mistakes and I’m just firing at pins and trying to go as low as I can.”

He began the round six strokes behind Winings.

“It was pretty much put my head down and go,” Oppenheim said. “I did the best job, maybe of my career, of being focused and trying to make birdies not look at the leaderboard. I think I fall too much into looking at the board and where I finish. Sometimes it doesn’t help.”

Winings bogeyed the final hole for a 71.

“I played well,” Winings said. “You’re always happy with second place but it kind of stinks when you have a chance to win and you don’t pull it off.”

Rhein Gibson and Nicholas Lindheim tied for second at 11 under.