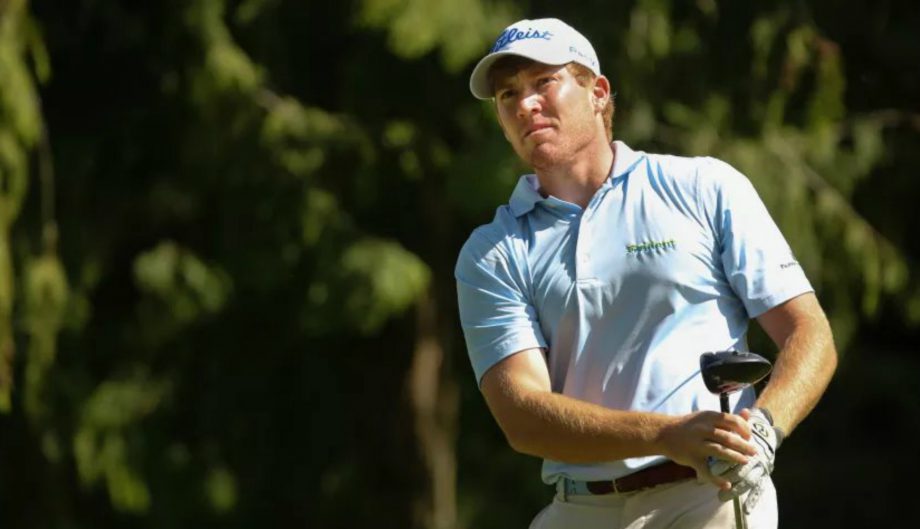 Wilmer, Alabama’s Robby Shelton managed a 3-under 68 on a windy afternoon at Gallagher’s Canyon Golf and Country Club to maintain his lead at the GolfBC Championship, the third event of the 2017 Mackenzie Tour – PGA TOUR Canada season.

The former University of Alabama standout holed out for eagle at the fifth hole and notched three birdies and two bogeys to lead by one over Folsom, California’s Kevin Lucas and Costa Mesa, California’s Jake Knapp through 36 holes at Gallagher’s Canyon.

“I’m striking the ball really well. That’s not a problem right now,” said Shelton. The 22- year old didn’t hole as many long putts as he did in an opening 8-under 63 Thursday, but was still pleased with how he played. “I didn’t putt as well today, but when you hit fairways and hit greens, you have a lot of opportunities. It feels like I putted bad, but I really didn’t.”

The 2015 U.S. Walker Cup team member took the lead with a closing birdie at the 18th hole, getting up-and-down from short of the green to take the solo overnight lead.

“I really wanted the lead going into tomorrow,” said Shelton. “I hit driver off the tee and that was a little aggressive, but I think it’s the play on that hole. The shot wasn’t that tough and luckily I did it and finally got a putt to fall, which was really nice.”

Lucas matched the day’s best round with a 7-under 64, while Knapp carded his second straight 66 to reach 10-under through two rounds. Australia’s Oliver Goss and Dunedin, Florida’s Lee McCoy were a shot further behind at 9-under.

“This third week, I’ve kind of found my game. These guys are good, there’s no doubt about that. You know the (winning) number’s gonna be low, so you have to be comfortable going low,” said Lucas. “There’s going to be a certain number every week, and it’s going to take some low rounds and your bad rounds still have to be under par.”

Shelton finished third at the 2015 Barbasol Championship on the PGA TOUR, the highest finish by an amateur on the PGA TOUR since Phil Mickelson won the 1991 Northern Telecom Open.

He earned exempt status for the 2017 season by winning the USA East #1 QSchool. He opened his 2017 season with finishes of T20-T14 and ranks 21st on the Order of Merit.

Check out the second round highlights below.

Birdies, bushes, and (B)obby Shelton. All that and more in our second-round highlights from the @gbccchampionship pic.twitter.com/EZojjaDgUy