Robert Allenby seeking to put ‘nightmare’ behind him 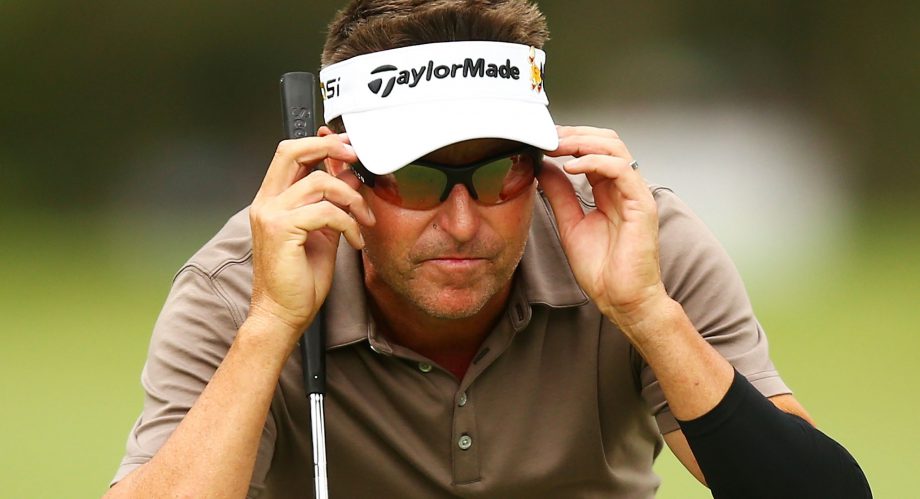 KAPALUA, Hawaii – Robert Allenby returned to paradise with hopes of putting a nightmare behind him.

Allenby has missed the Sony Open only three times in his 17 years on the PGA Tour, and this would have been an acceptable occasion to miss. He went from victim of what he first described as a robbery and kidnapping to the butt of jokes over a bizarre night in Honolulu that left him with a bloodied forehead and no memory of what happened.

So why bother going back?

“I’ve got so many great memories here that I wasn’t going to let one bad one interrupt it,” he said Sunday night after checking into the Kahala Hotel at Waialae Country Club. “I also thought for my own well-being that maybe I could come here and face it and put some closure on what happened last year.”

He had dinner at the hotel with friends and already has his dining plans laid out for the week.

The 44-year-old Australian last year missed the cut in the first full-field event of the year, and then went to Amuse Wine Bar with his caddie and a friend. He recalls golf fans recognizing him and wanting a photo. He said police surveillance shows him leaving the restaurant. And that was it.

Whatever happened that night – Allenby says he still doesn’t remember anything during a 2½-hour window – it might have gone unnoticed except that Allenby posted a photo his private Facebook page of a bloody scrape on his head and a swollen eye.

Then came the tale of being tossed from the trunk of a car. Allenby said he was told that by a homeless woman who helped him escape from the park after his story was questioned. A homeless man said he saw Allenby pass out and hit his head on a rock.

He was found unconscious about a block from the restaurant.

Golf Channel cited unidentified sources at a strip club that Allenby ran up a $3,400 tab at Club Femme Nu. However, Honolulu Police Det. John McCarthy said the report was not true and the police investigation showed Allenby was never in the strip club.

Allenby believes someone slipped a date-rape drug into his drink at the restaurant when he was taking photos, which he said explains the memory loss.

A month after the incident, police arrested a Hawaii man for using Allenby’s credit cards. Owen Harbison was sentenced in August to five years.

Through it all, his reputation didn’t help.

He is renowned for a fierce temper on the golf course. Allenby once claimed Anthony Kim was out all night before the final day of the Presidents Cup – after Kim had beaten him badly in singles. He mixed it up with Geoff Ogilvy over who was to blame for a team loss in the Presidents Cup at Royal Melbourne two years later. And he has gone through more than a dozen caddies.

Allenby, however, said he felt as though he went from the victim to the culprit and that it marred the rest of his year.

With 21 victories worldwide – four on the PGA Tour – he made only seven cuts in 29 events and didn’t finish in the top 50 on the PGA Tour. He said he has had nightmares of being chased down a street and that he has sought help from a psychologist.

“I needed it to help overcome the stuff I’ve been dealing with,” he said.

He is using his one-time exemption from the PGA Tour career money list to play this year, so he could have just as easily started next week in the California desert. Until last week, he thought about skipping the Sony Open.

“I’ve always enjoyed coming here, and part of me just wanted to face it on the chin,” he said. “I didn’t want people to think that I wouldn’t come back. Not that I care what people think, but I wanted to come back and play well and move forward.”

Allenby remarried in October in Napa, California, the weekend before the Frys.com Open. His wife had work and did not join him on the Honolulu trip.

He has three top-10s in 14 appearances, including a runner-up finish in 2010 when Ryan Palmer beat him with a birdie on the last hole. He has missed the cut four of the last five years, but still considers Waialae a course he plays well.

“I thought long and hard about not coming,” he said. “But I said to (wife) Kym, ‘I need to go. I want to go.’ I love the golf course. The people are always so friendly to me. I know there will be media and all that, but I’m ready to move on with it. I’m not going to let it bother me. The reason I came here was to play and play well.”