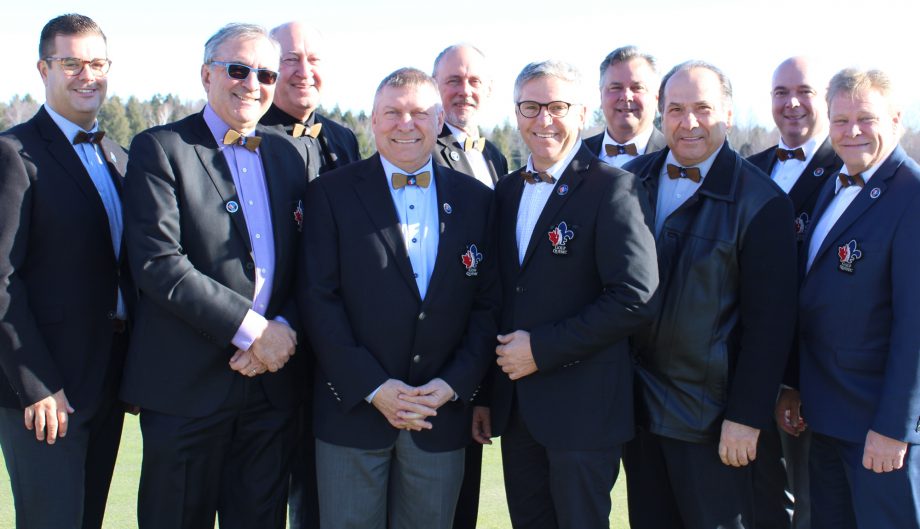 MONTREAL – The Québec Golf Federation is proud to announce that Robert Bissonnette was appointed 2017 President at the conclusion of the 96th edition of the Annual General Meeting held on April 2 at Le Fontainebleau, in Blainville.

A member of the Rivermead Golf Club, Robert Bissonnette combines over 25 years of volunteer experience on various Board of Directors, including those of Golf Québec, the Ottawa Valley Golf Association (OVGA), and his own home club where he was President in 2006.

He joined the Golf Québec Board of Directors in 2011. First as Secretary-Treasurer, he eventually became Vice-President of the corporation. He also acted as Regional Representative of the OVGA and was Chairman of the provincial Finance and Investments Committee. Still active with the OVGA, he was the regional Secretary-Treasurer from 2008 to 2010 and regional President in 2012 and 2013.

Robert Bissonnette has had a career as a professional accountant in the aerospace sector and currently is a financial consultant to crown corporations and non-profit organizations. He lives in Ottawa with his wife Laurie and they have two married sons, Sorrel and René.

“Golf Québec is a leader in the golf industry,” mentioned Robert Bissonnette. “Aside from introducing new golfers to the game, our mandate is also to increase the number of golf rounds played by existing golfers. To achieve these goals, we challenged ourselves to build new golf communities in the coming years,” he added. “We are convinced that by combining the efforts of all local stakeholders and supporting them with a larger number of Golf Community Coaches, we will be successful at stimulating interest for the game, inciting more sports participants to discover or rediscover golf, and contribute to generating more attendance on golf courses. Close collaboration with other associations that are promoting and developing golf in our industry will be essential”, concluded the new President.