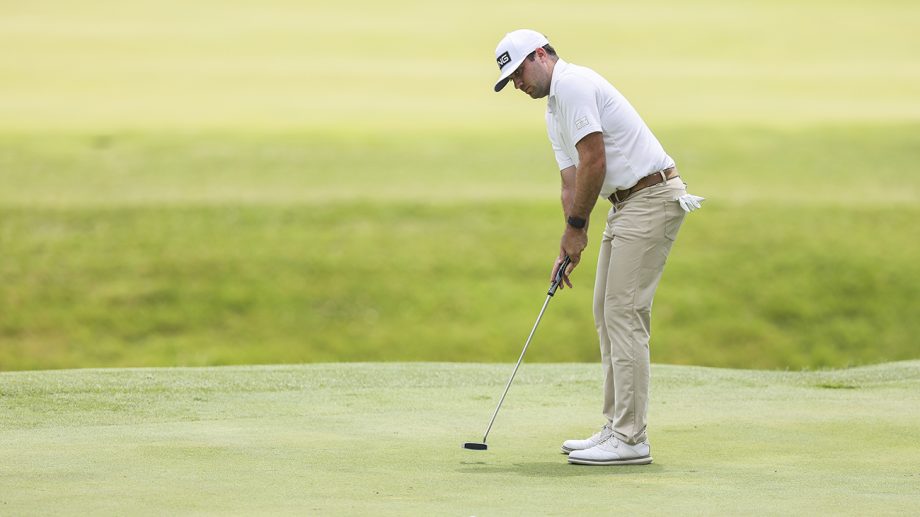 SPRINGFIELD, Mo. – Roberto Diaz and Alex Kang each reached 13-under through two rounds to earn the 36-hole lead at the Price Cutter Charity Championship presented by Dr Pepper. The duo leads four players by one stroke at the halfway point of the tournament at Highland Springs Country Club.

Diaz was 1-under on his round before a stretch of four consecutive birdies from Nos. 6-9 to finish.

“It was great; I made an amazing par on 5,” said Diaz. “I hit a bad wedge in and had a bad lie in the rough, but I hit about a 12-footer for par. That really set me up for the next hole. I just kept hitting my lines with the putts and they started falling in…I haven’t really paid attention to the leaderboard. I had a peek on the ninth tee and saw that I was tied for the lead. But I’m trying to make as many birdies as possible.”

Entering the week 23rd in the Korn Ferry Tour points standings, Diaz is seeking a strong finish to solidify his standing inside the top-25. The top-25 players in the standings at the conclusion of the regular season earn PGA TOUR membership for the 2021-22 season while the top-75 players retain their Korn Ferry Tour status in 2022.

Earlier this season, Diaz broke through with his maiden Korn Ferry Tour victory, a one-stroke win over Peter Uihlein at the Chitimacha Louisiana Open presented by MISTRAS. The win came three months to the day after the birth of his son, his first child.

“I’ve had a great year so far,” said Diaz. “I had my first win, my kid was born, if nothing else, if I get my card or not, I will be fine. I’ve played great golf so far so I’m just enjoying where I’m at.”

Competing in the third-to-last group of the day, Kang birdied his final two holes to match Diaz’s 13- under total. Kang is one of six players without a bogey or worse through the first two days.

“It seems like I haven’t hit a lot of greens through the last few tournaments, so I’m trying to hit a lot of greens, give myself more chances, and not get into trouble,” said Kang, the brother of LPGA Tour star Danielle Kang. “Instead of being so aggressive, kind of try to win the tournament with the putter.”

With uncertain status this season, Kang has made a habit of using local caddies each week. This week he has paired up with a member out at Highland Springs Country Club.

Kang entered the week 191st in the points standings with only 10 starts. With only three events remaining in the regular season, he would likely need a win to secure Korn Ferry Tour status for the 2022 season.

Canadian Stuart Macdonald is tied for third at 12-under while fellow Canadians Adam Svensson and Taylor Pendrith are both tied for 45th.

The third round will run from 7 a.m. to 1:10 p.m. off of the first tee on Saturday at Highland Springs Country Club.