Robots… coming to a golf range near you  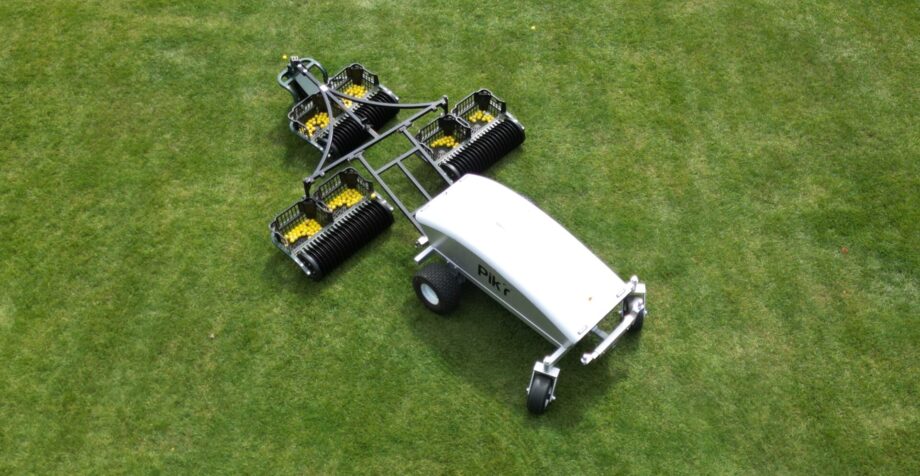 It appears modern technology is about to threaten another time-honoured golf tradition.

Yes, the days of taking wicked pleasure from hitting the screen-enshrouded ball picker at the driving range may be numbered. (This pleasure intensified exponentially if you knew the person driving said picker.)

This latest innovation is the Korechi Pik’r, an automated robot that hooks up to any existing golf ball picking unit.

Korechi Innovations Inc., based in Oshawa, Ont., for several years has been producing agricultural robots for seeding, weeding, cultivating and other routine farming tasks. In 2019, they demonstrated a unit at a golf course, thinking it would work as an autonomous mower.

Such mowers are already marketed by other, more prominent companies so the course superintendent wondered whether the robot could be harnessed to a gang-style range ball picker instead. The engineers at Korechi took that insight, rigged up a universal hitch and returned to the course.

“There were about 20 of us standing there watching this thing go back and forth across the range like a Zamboni, just scooping up every ball,” recalls Jim Clark, Korechi’s Chief Sales and Marketing Officer. “But, we asked ourselves, is there a market for this? Or is this the solution to a problem nobody has?”

During the subsequent two (pandemic) years, there was extensive testing at the Oshawa Golf and Curling Club until, this fall, the Pik’r was revealed in what Clark calls a “soft release” on social media and LinkedIn. The reaction was stunning.

“Now I know how it feels when something goes viral,” says Clark. “Calls and emails came flooding in from clubs in Canada and the U.S. and they are still coming every day.”

Since the high-capacity Pik’r can retrieve up to 4,000 balls in an hour and run 10 hours on a single charge of its lithium batteries, Clark was somewhat flummoxed by the number of high-end clubs with relatively small memberships that expressed interest.

While high-volume ranges (15,000 balls and up daily) are the target market, Clark says it is Pik’r’s cool technology and uniqueness that intrigues these clubs. “It’s sleek, almost stealth-like. There really is a ‘wow factor’ when you see it.” (He’s right. Watching the video on the Korechi website is almost mesmerizing for a golfer.)

Perhaps the element most impactful to Pik’r’s potential success is the labour crisis across every industry, including golf. In fact, the cover story on an upcoming PGA of America magazine is about staffing challenges—that’s how much it is affecting the industry.

Pik’r will be in the Innovation Spotlight section at the PGA Merchandise Show in Florida in January which is attended by about 40,000 industry professionals (pre-pandemic). The fact the robot shows up for work every day, rain or shine, may be its most attractive feature for courses and ranges plagued by staffing issues. Pik’r is available for rental only, which means a facility pays only for the months it is needed.

“Lots of courses and ranges have to close earlier than they want at the end of the season because their staff have gone back to school or whatever,” Clark says. “That won’t happen with a Pik’r.” The company also claims the unit reduces by up to 90 percent the labour and material input required.

Other advantages include the fact that it is battery-powered (no fossil fuel), lighter than most conventional pickers (less soil compaction) and can be remote-controlled through an app (no direct human supervision).